Even though it’s been about a week and a half (my normal delay), it’s pretty appropriate that tonight’s post is of Finn’s birthday party. Today when I picked up Lilli they had cupcakes in his honor, and yesterday was his actual birthday. His poor mom is always faced with the dilemma of when to plan his party!!

She had his party at Shipwrecked Playhouse down in Brentwood. It’s a really cute indoor play place with all sorts of things for the younger kids to do. Traffic was awful getting to it since it was the last weekend before Christmas and near the mall, but once we got in the kiddos had a blast.

Finn is one of her top three friends at school, easily. She just loves him, calls him “My Finny”, and talks about him all the time. I think they play really well together. It was funny to talk to his mom and hear about all the things he also says about her at home. She said on their most recent vacation, in the middle of the trip, he asked when he could see Lilli again. So sweet! 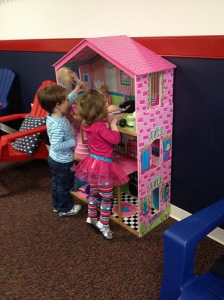 True Story – I’m pretty sure the brand of her outfit is called Krazy Pants. It was a fantastic Zulily find. 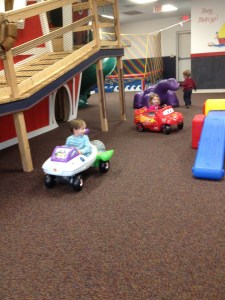 They had lots of cars, slides, ball pit, trains, dress up, grocery store, etc. I greatly preferred this place to a previous party we had been to earlier in the year somewhere similar. The facility was private for the party, meaning only the kids for Finn were there. So there was no worrying about them getting mixed up with older kids, or it being overpacked from walk-ins. Nice and relaxing. 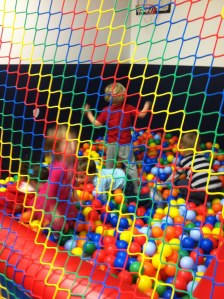 The ball pit was a huge hit for the kiddos!! 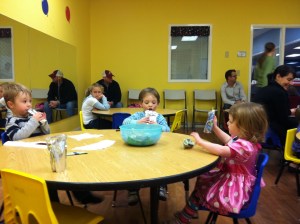 She and the birthday boy disappeared for a minute and I saw them running down the hall together. Knowing they are both quite mischievous I poked my head out since his mom was busy keeping everyone entertained. I caught the two of them in the party room working as a team, about 15 seconds away from pulling down the entire box of cupcakes. I was able to stop them and by then his mom had also noticed him missing. Apparently he had asked if it was time for cupcakes and she had told him just a minute. “Just a minute” to this age is best interrupted as “Go ahead and do it yourself”. So they tried. The other little boy at the table is another one of her daycare buddies. She also fell in love with this little Minnie Mouse costume and did not want to take it off! 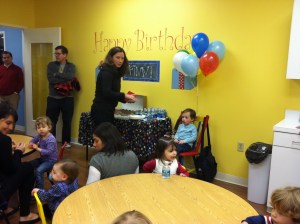 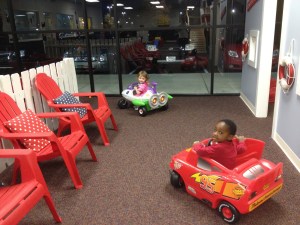 Riding around in cars with her buddy Sebastian 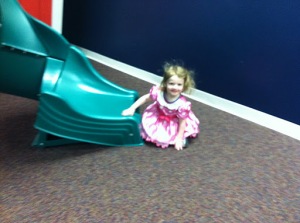 She has never liked “enclosed” tube like slides and would never go down until she was basically forced by two of her friends, near the end of the party. Then she decided she loved it! 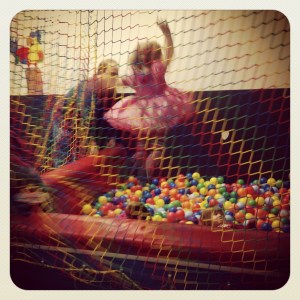 The ball pit was the most popular attraction. By the end of the party they realized you could stand of the side and jump way in. After that we never saw Lilli again. She kept getting so much air she’d nearly hit the wall. She LOVES to jump. 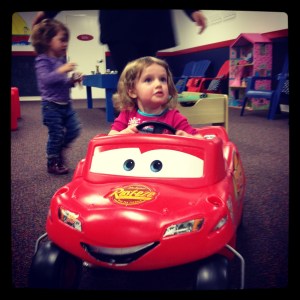 When the party time is up they pretty much tell you you have to leave. Cue screaming, crying, and fits from ALL the kids. That’s a fantastic sign your party was a success at this age. She had big hugs for her buddy before we left. 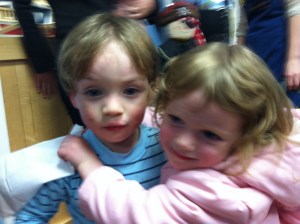 Happy Birthday Finn! Thanks for inviting us to your party!