Saturday was another rainy, rainy day.  In some ways our garden is doing a little less well after some of this heavy rain, it looks like a few plants have had a little rot going on and I’m a little worried about some of the pumpkins that Lilli is beyond excited about.  I’ve pulled off several rotten vegetables this week from all the plants, but still have a lot growing and we have to figure out canning this week because we have a buffet FULL of vegetables even though I’ve given several away to Abbi’s teachers.

We were lazy Saturday morning and enjoyed some breakfast and just hanging out around the house.  Abbi is a voracious eater of all things table food related, so I had bought her some Puffs at the store Friday night to try out.  She really likes them but I wasn’t able to get a picture of her trying them because she was busy trying to grab my phone.  That girl has earned her nickname “Grabby McGraberson”.

Lilli was watching some cartoons upstairs and we enjoyed watching a little bit of the Tour De France and just relaxing since the rain was pouring down. 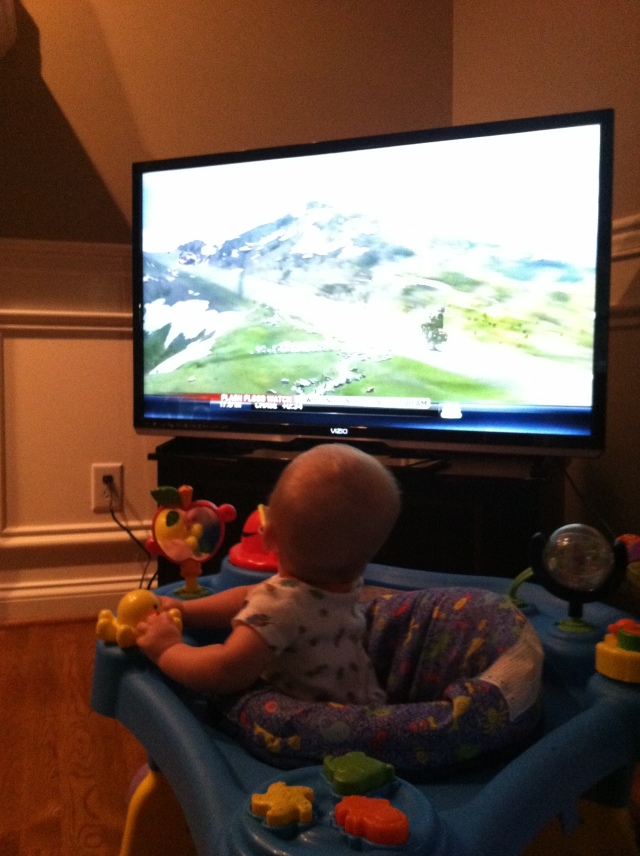 After Abbi went down for a morning nap, Brent took Lilli to the Brentwood Library to pick out a few things and get her out and about for a bit.  I was going to work on consigning stuff for all the fall sales coming up, but naturally Abbi woke up less than ten minutes after they left.  Sigh. 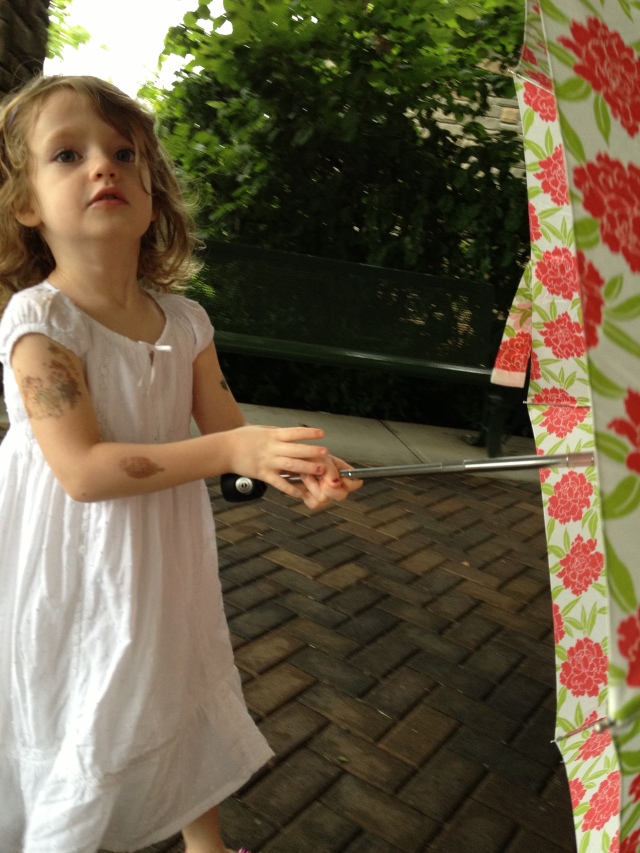 She is getting to be such a great sitter!!!!

That evening we had our church friends Tim and Wendy and their kids Zach and Audrey over.  She had texted me that they were going to be using the same coupon at Pei Wei that we had used the night before (great minds!), so we got our own takeout from Judge Beans and they brought over some Pei Wei.  We didn’t get a single picture, possibly because the kids were told not to come in the dining room where we were and they could stay in any other room and play.  After all these days of being stuck indoors with whiny, fussy kids we were in great need of a break and they were in great need of having other people and toys to play with.  And our plan worked out perfectly!!

They left a little after 8 and it was starting to get dark enough to enjoy the remainder of our fireworks.  Abbi was in a good mood, so we all stayed up a little later than normal and let Lilli do the rest of the sparklers and Brent shot off the rest of our “arsenal” of small fireworks.

Abbi seemed to enjoy all of them, and none of them were loud enough to bother either girl.  Brent did  a good job getting some “preschool friendly” things with just enough pop and sparkle for the girls without being so loud that they end up in hysterics…….(like an overtired Lilli did at Disney that she STILL talks about…..) 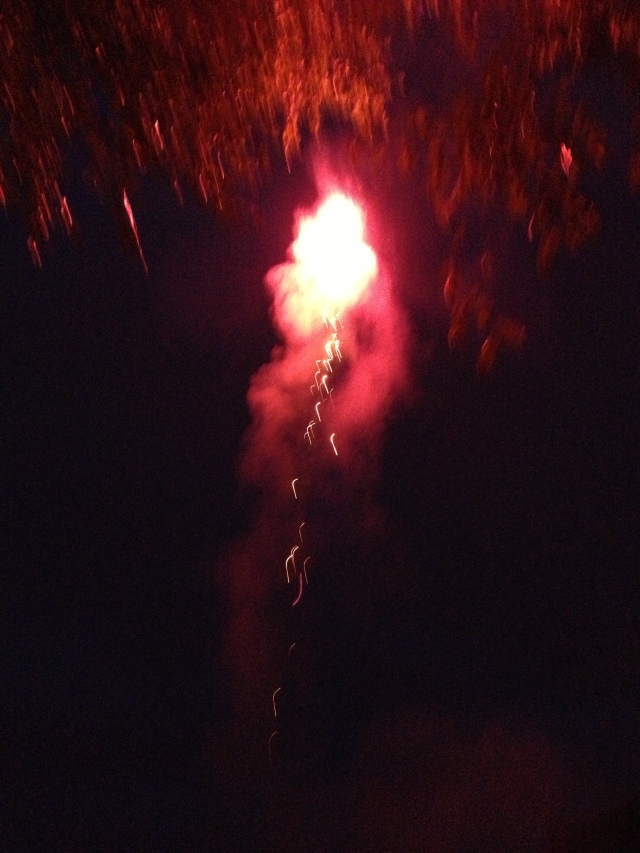