Somebody woke up happy! She can knock pretty much anything off the side of her crib now.  She always sleeps until around 8:30-9 on Saturday mornings (thank goodness!) but on Sundays she’s up and ready to go around 6:30-7, right as we’re racing to get ready for church before the rest of the house wakes up.

Poor Pippin just gets taunted by the cats.  They’re not a bit afraid of him and will go in the backyard and walk right up to him when he’s out there.  There’s been a few times we’ve been working in the garden and had to send him back in because they just get a bit bold, and they’ve even swatted at him a few times. 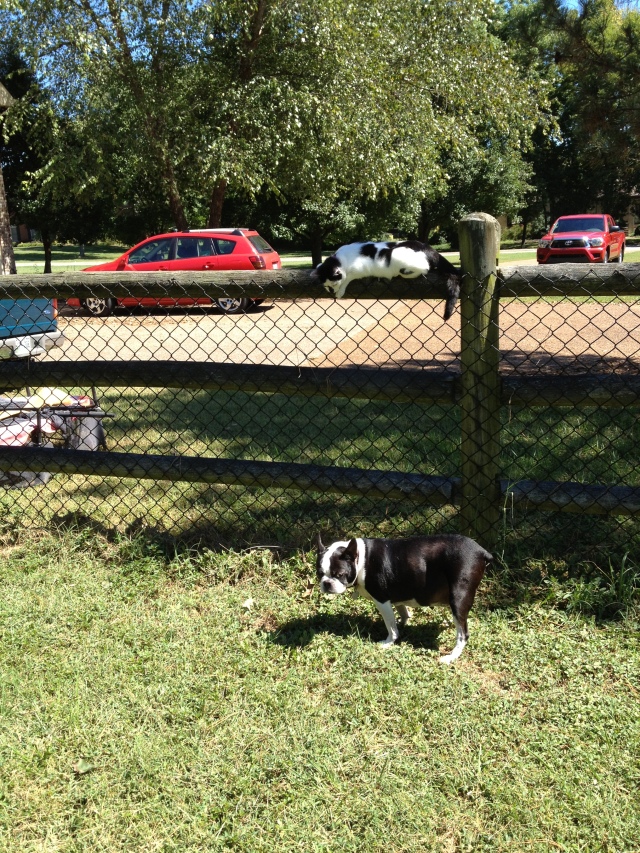 My parents came up for the day and Brent and Dad played some ball while Mom and I took Lilli to half price day at Forest Hills and did some shopping (and Abbi did some napping).  It was a gorgeous fall day. 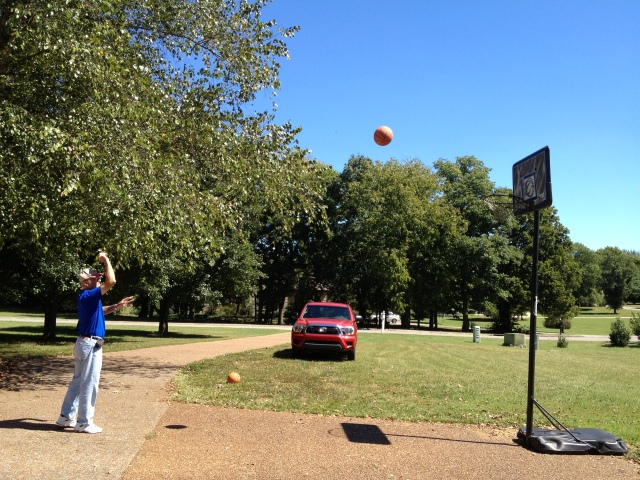 Of course Lilli had to get them going with her new favorite game, Don’t Wake Daddy.  I also got her Monopoly Jr (Princess version) at this sale and she’s been loving that one, too.

These cats are such a mess.

And they’ve yet to scratch her.  Dale actually purrs as she’s carrying him around like this, loving the fire out of him. 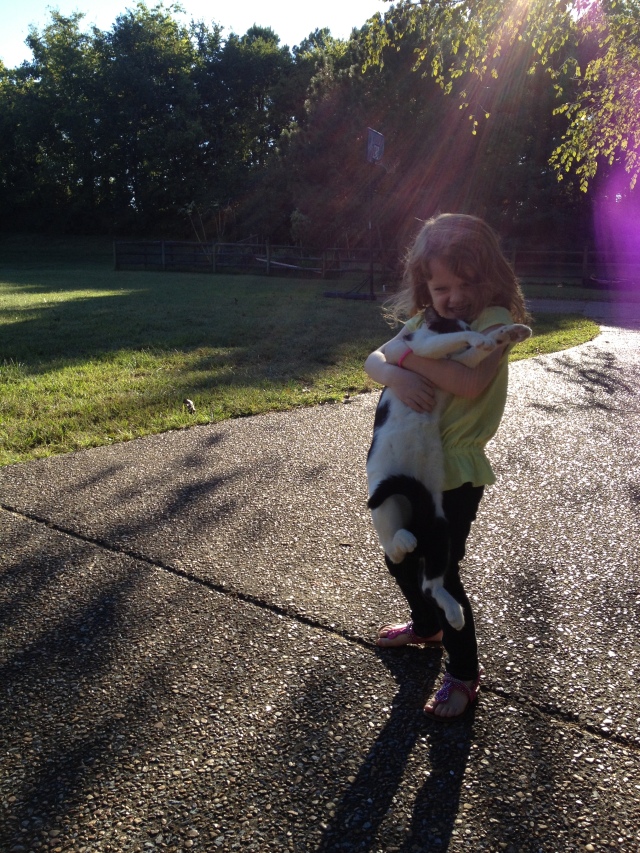 After my parents left we played outside for a while longer.  Big Baby didn’t mind being strapped in to play some ball.  Brent soundly beat me in HORSE even with a baby strapped to him.  I think I need more time to practice!!