On this particular Sunday, Abbi was being a bit chatty so we took her into the nursery during the service and dropped her off.  Emma and Ella were working in there with their mom, so Abbi had a fun time playing with them.  When Brent went in between class and service he asked how she did, and Emma told him “Good except for when the chair fell on her”.  Hmmm, better not to ask next time…. 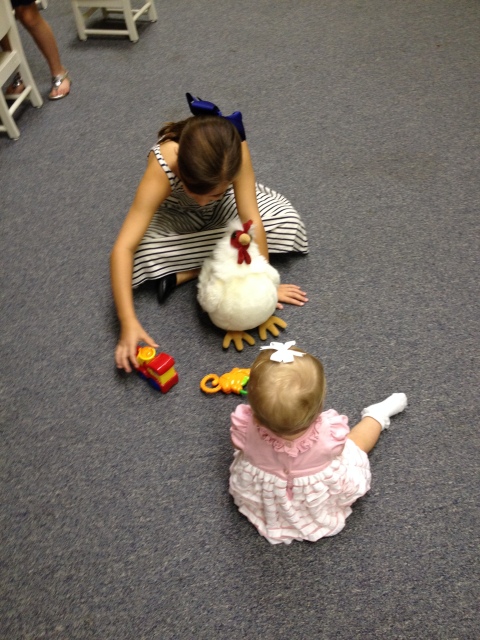 After church picture fail.  This happens no less than 300 times per day, and if I had a dollar for every time I say “Get off your sister!” we would be retiring next year.  If she didn’t way a hefty 30 pounds I might suggest Lilli take up football.

Mesmerized by the Halloween garland and lights. 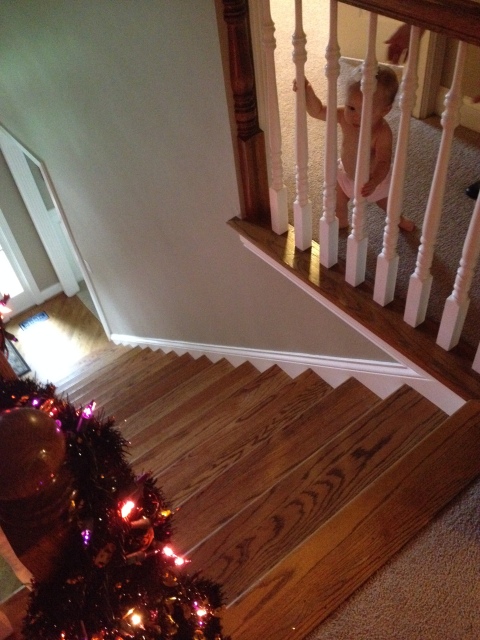 It was a rainy, yucky day and I had not been to the grocery store yet that weekend so I took Lilli with me to Harris Teeter right by our house.  She’s always wanted to ride “Harry the Happy Dragon” so I gave her $1 in quarters and she rode the ride, and got gum out of the machines.  It might have been  her favorite thing ever, and she keeps asking when she can go back to the grocery store with me. 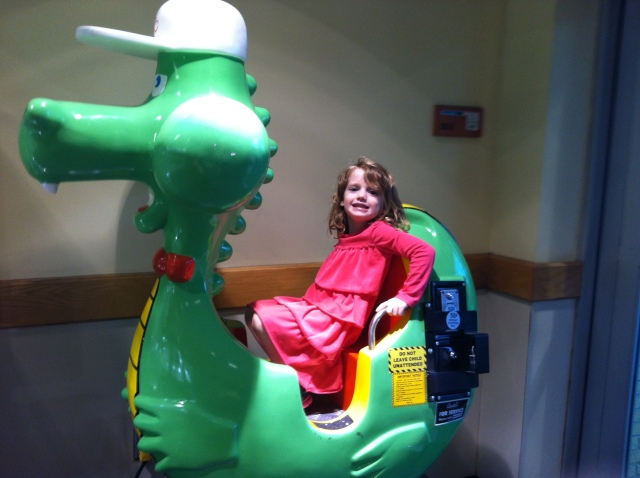 Sometimes you just have to whack your sister with a corn dog. 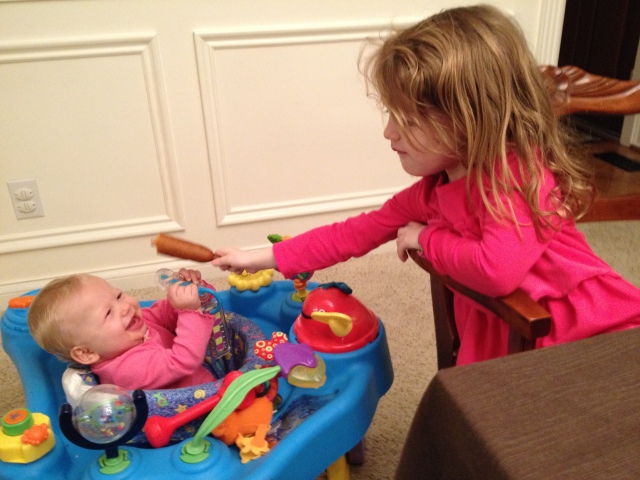 Checking out what’s going on outside….her balance is getting very good and she can pull up and stand on anything and cruise around.  She’s just not standing without holding on yet, but walking isn’t far away.

We’ve all gotten our flu shots now (well – part 1 for Abbi, infants have to get it twice so she’ll get the second half next month).  I found the Walgreens marketing of the one Brent got at work to be a bit much….. 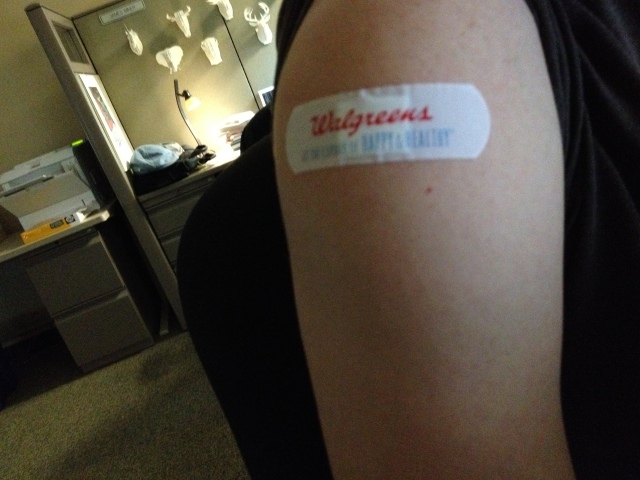 I was having car trouble with my battery, so one night Brent took Lilli with him to Advance Auto Parts and while they were running diagnostics he took her out to Dunkin’ Donuts, her favorite treat.  Thankfully they brought me back one, too!

Abbi and I had a good time playing at home while they were at the store.  I’m not sure we ever fully diagnosed what was going on, but we have a new battery in my car and so far, so good.  It was SO nice to have the extra old truck while we tried a few things with my car.  Brent drove it to work for several days and I drove his car – which Lilli reported back to him that I drove “fast”! Ha!! 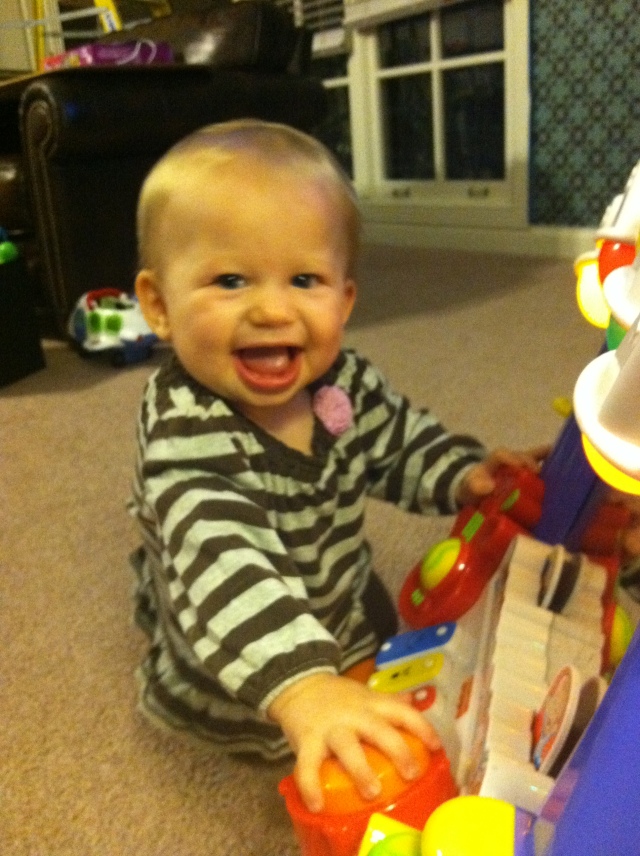