Our Super Bowl Sunday started out pretty standard, church and Abbi being “busy” and making herself right at home in the Children’s Library.

At some point Brent got her dressed up in her Lion costume, I have no idea why.  Sometimes dress up just happens.

I spent afternoon rest time getting as much tagged and assembled as I could for my first consignment drop off of the season at Lollitots.  It was an okay sale, it’s in Mt Juliet so not very convenient for me at all, but I did well with toys and baby equipment.  I’d say it’s not a great clothing sale.  I also didn’t sell many of the things I had marked for discount even though they run their discount for several days, but I signed up for them to get rid of some of the large things like the Jumpy and Exersaucer as soon as possible and we definitely met those objectives! From here on out though I’ll mostly have clothes and some small toys, so I doubt I would drive that far across the town again since high-end clothes did not do well there. 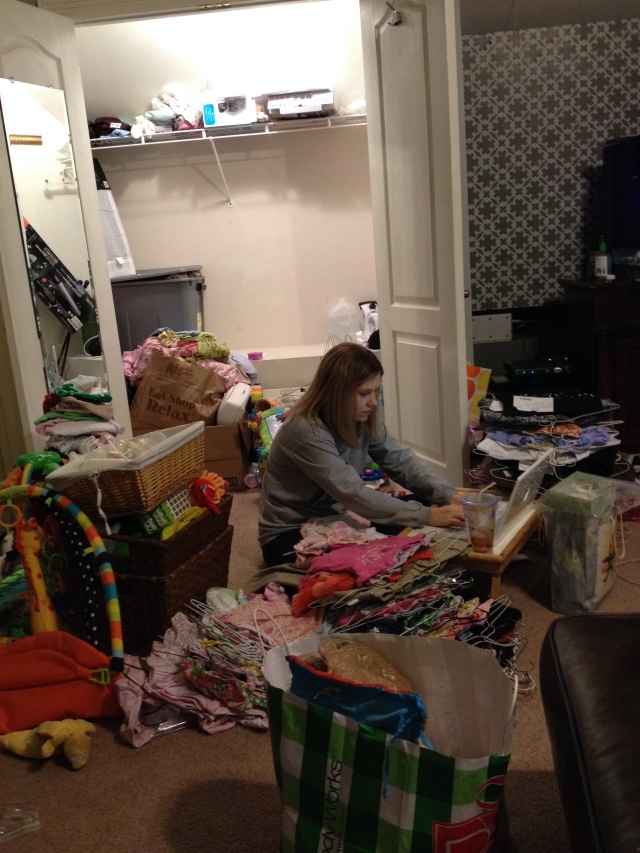 And then Abbi woke up from her nap with bright red cheeks and a 102 fever.  She hadn’t acted sick at all earlier that day.  She had quite a few teeth coming in, so it might have been teething related, and we’ve also had colds and runny noses ALL winter long. 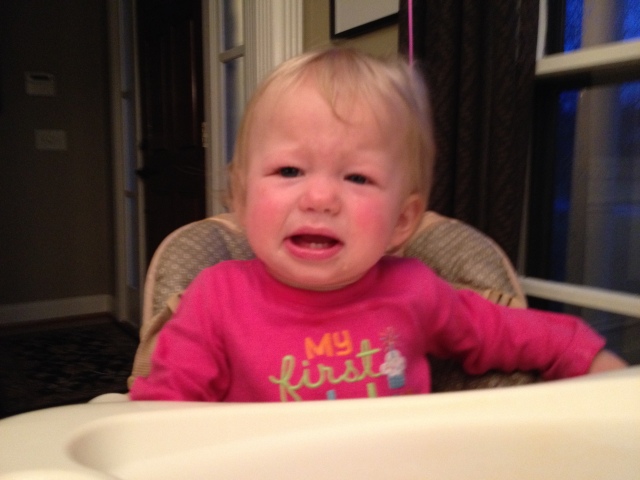 The next day we had their 1 year and 5 year well kid visits already scheduled.  Abbi had slept TERRIBLY that night and we could have sworn she had an ear infection, but she checked out fine with just a cold.  Lilli on the other hand….had to get her 5 year kindergarten shots.  And that did NOT go well.  It started with a finger prick and she absolutely lost her mind.  Then when it came time for her two shots she was absolutely wild and Brent and I both had to hold her down and I swear I thought she was going to bite us.  She was beyond hysterical and I’m pretty sure the entire zip code could hear her screaming.  And when Lilli cries – Abbi cries.  Every time.  They were both just standing there absolutely screaming at the top of their lungs.  And all we could do was laugh because it was just ridiculous.  We eventually got Lilli calmed down and told her we’d stop for whatever she wanted for lunch (Wendy’s, of course) and reminded her she’d get to pick out a “big toy” soon. 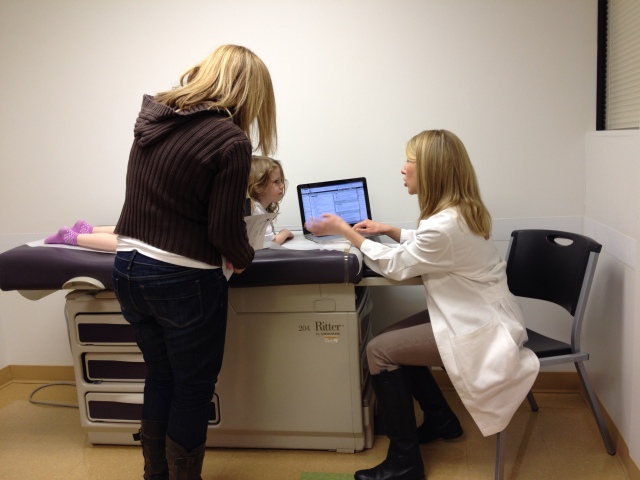 Later that day she was all “It didn’t hurt that bad.  Only the finger prick hurt”.  Yeah right.

Abbi definitely perked up and her fever broke.

She spent some time with her snake buddies.

At gymnastics they had picture night.  They posed on balance beams and her picture was pretty adorable.  Especially since she was still sporting both Band-Aids on her legs from her shots the day before, so her 2014 gymnastics picture will forever document her kindergarten shots.  And we bought lots of them when we got the proofs back a couple of weeks ago…..

Stickers on our nose = all kinds of happiness. 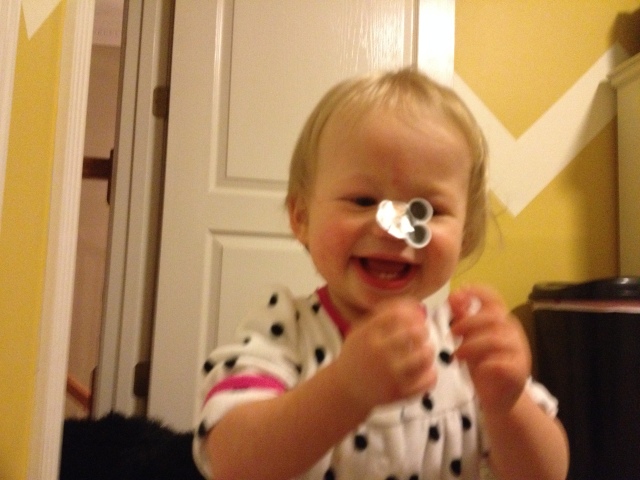 Lilli requested Pajama and Tea Party-Brownie night, so we did just that.  We mixed up some brownies after dinner and topped them with her soy ice cream and sprinkles, wore our PJs, and she picked out random tea cups for each of us to drink out of on our “picnic blanket”. 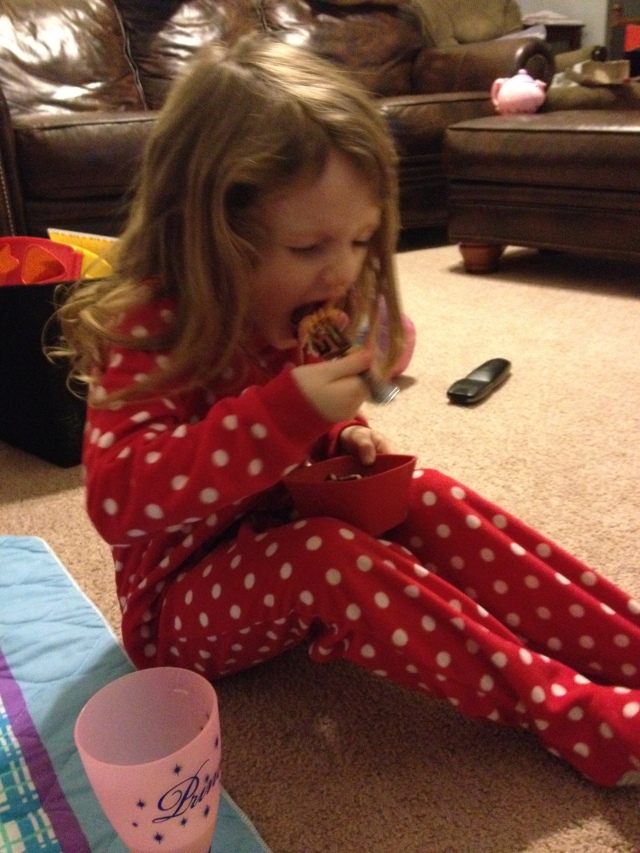 We had a great time being fancy and of course little sis also loved chomping in on some brownie!! It’s always fun to do some special things on these cold winter nights, but we are MORE than ready for spring and sunshine and playing outside all night!