It’s so sweet seeing the girls really interacting these days and cracking each other up.  Abbi is always keyed in to what Lilli is doing, and really loves her big sister.  And as jealous as Lilli still is, she can be so sweet to her sister and is a huge help in keeping her entertained and happy.

She’s maybe getting a little better about not being on top of her all the time.  Maybe.  And clearly, Lilli picks out her own clothes.  Polka dots are the new Chevron.

We had the tiniest little bit of snow that Saturday morning, so we lounged around and enjoyed our coffee and breakfast while Abbi slept in.  She usually wakes up around 9-10 am on Saturday, so Lilli enjoys that one on one time with us and some extra attention. 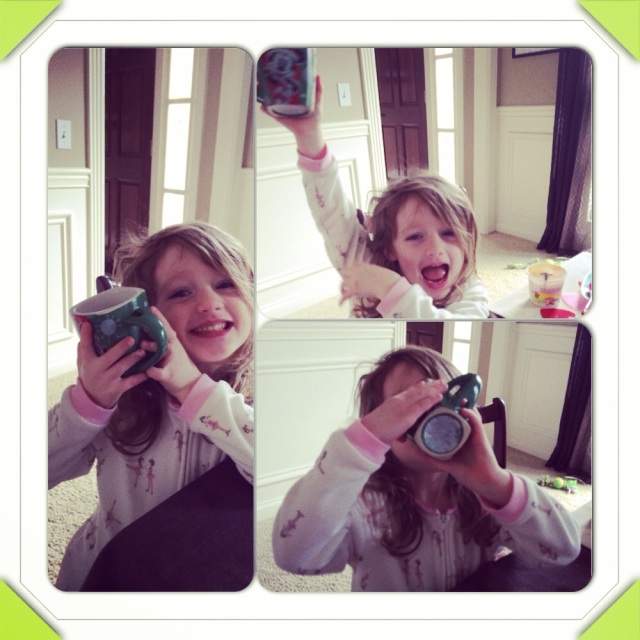 The Olympics had started a couple of days before and she set up all her princess castles as different countries competing.  When I asked her what country she wanted to compete for she said “Disney World”. Baby steps…

Poor Abbi had to run to the doctor to get her one year immunizations.  She hadn’t been able to get them earlier in the week when Lilli had hers because of the fever she’d had on Sunday.  Thankfully she was still able to get her exam and we could just drop by anytime for the shots. 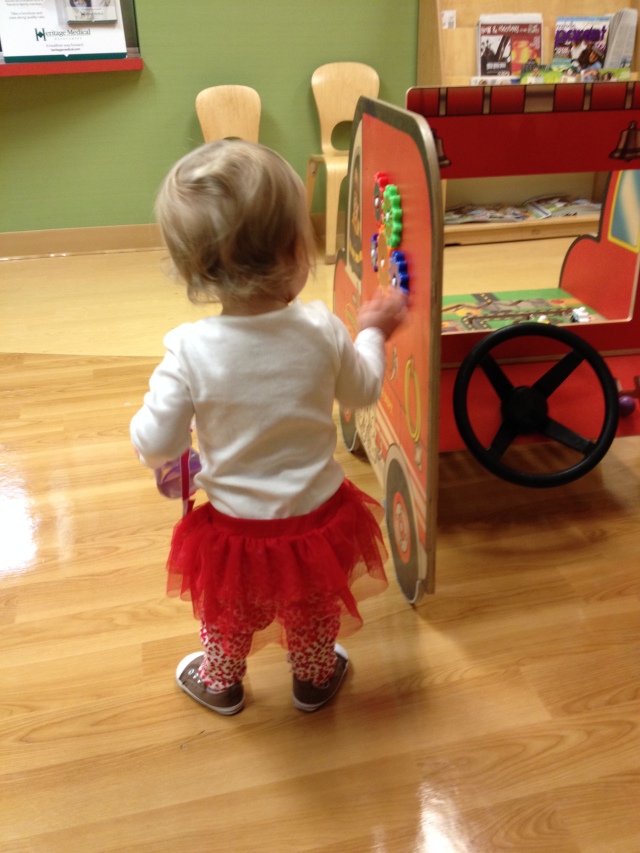 She loves the cats.  If you ask her where the cats are she’ll run to the back door/window to look for them.

Lilli’s reward for eating a lot of dinner one night was pudding.  So…..we let Abbi have some to feed herself too.  Clearly it was a hit.

It was definitely a straight into the tubby after dinner night.

And bless her heart.  Poor Lilli just has to make sure that we think she’s just as funny, just as cute, etc as her little sister.  So as we were laughing at Abbi she started putting food on her face to be cute too. 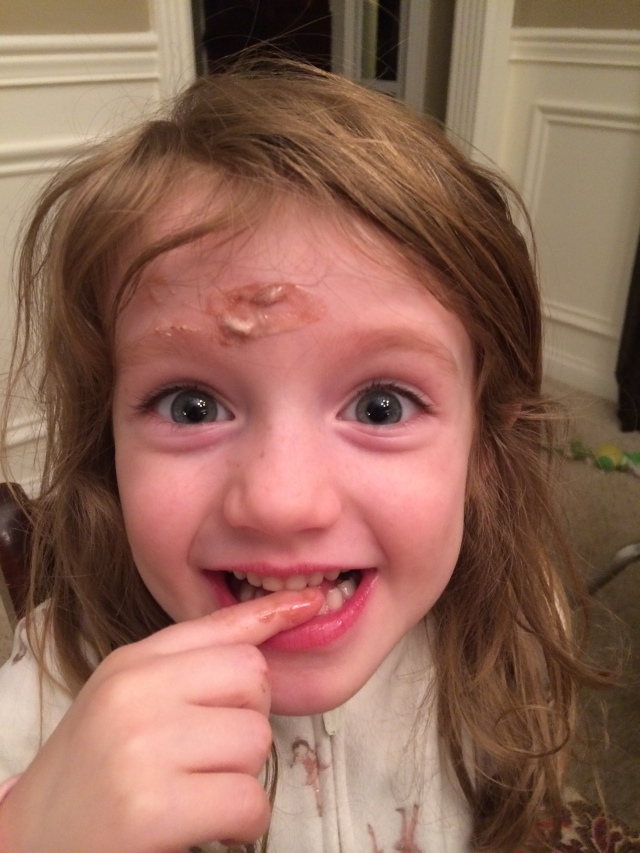