The girls wanted to help me in the garden. 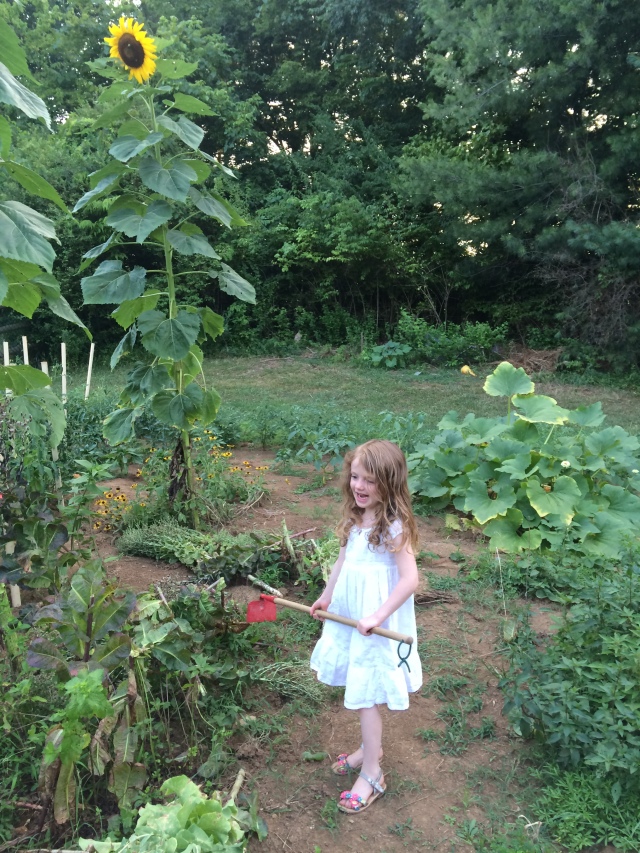 We’ve already had a ton of veggies this year.  We’ve gotten a lot of squash, zucchini, peppers (lots of jalapenos and the bell peppers are really starting now), and tons of tomatoes.  Brent’s also growing all kinds of crazy peppers. 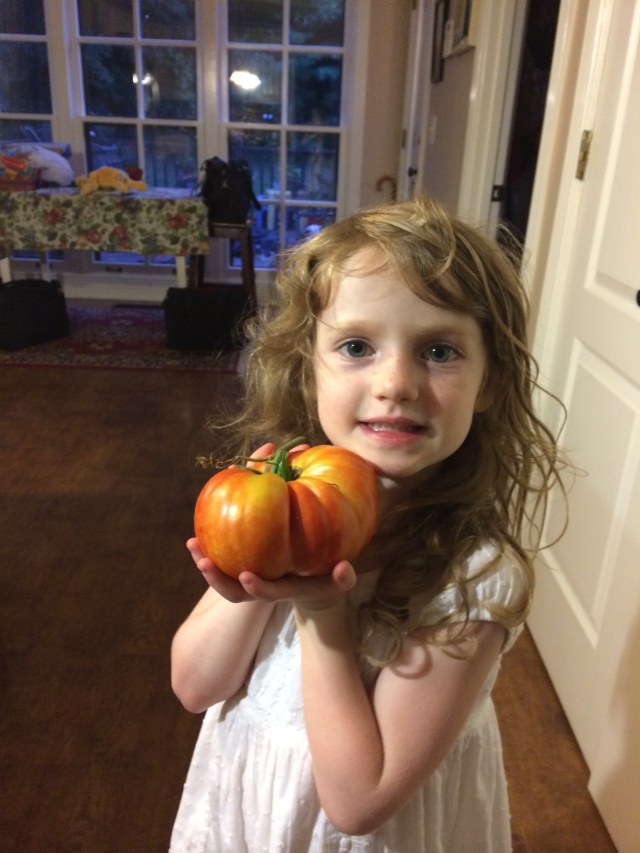 One night Lilli wanted to take Snuggly “for a walk”.  We put her in her little harness and took her outside.  She loved eating the clover and our next door neighbor definitely enjoyed the bizarre sight of a guinea pig out for a graze.

We headed to Lowe’s to check out some landscaping bricks for my flower gardens.  I’ve got massive yard/weed creep going on and we need to better define my Rose/Lily garden and my wildflowers/perennials.

We also came across this adorable little kid-size wheelbarrow.

Of course we had to buy it.  It was way too stinking cute. 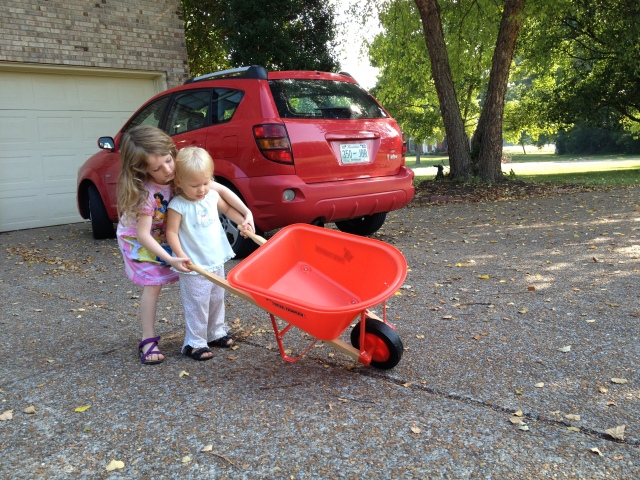 You saw this coming, right???? 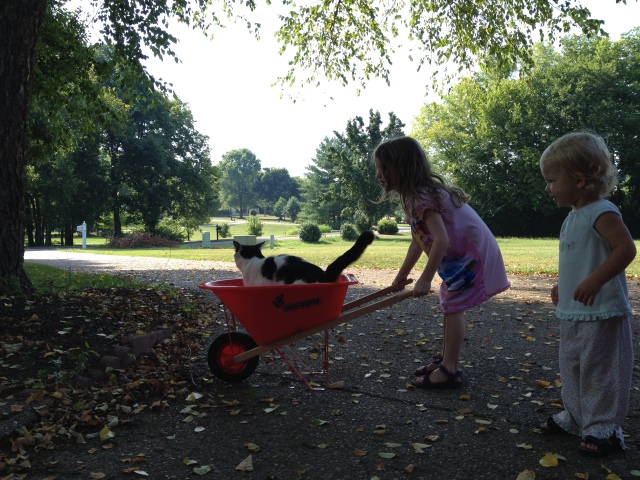 Snuggly got a little more fresh air, this time Dale was around but really didn’t seem to care.  I definitely wouldn’t leave the two of them alone, but he certainly wasn’t all that interested in his furry sister. 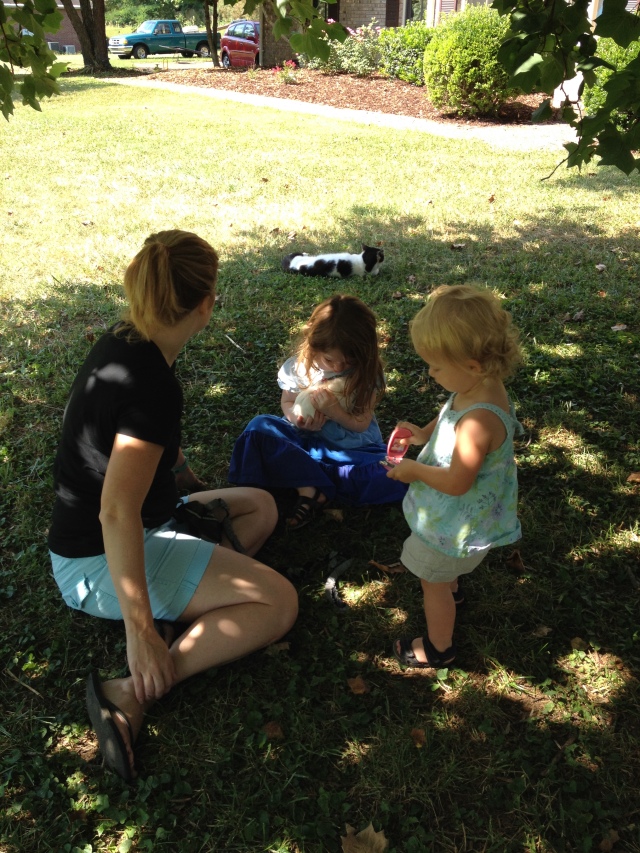 We ran to the Farmer’s Market and then hit up some yard sales.  This one, in a very nice neighborhood, had a girl with a full size snow cone machine stand.  The snow cones were more interesting than their old stuff!

We found this old Jeep for Abbi at one of them.  It’s a good bit smaller than their other Jeep and really just needs a new battery.  It’s got a corded phone and windshield wipers that really work.  It’s really, really old and we need to add a good harness and Brent has some other plans to mod it up. 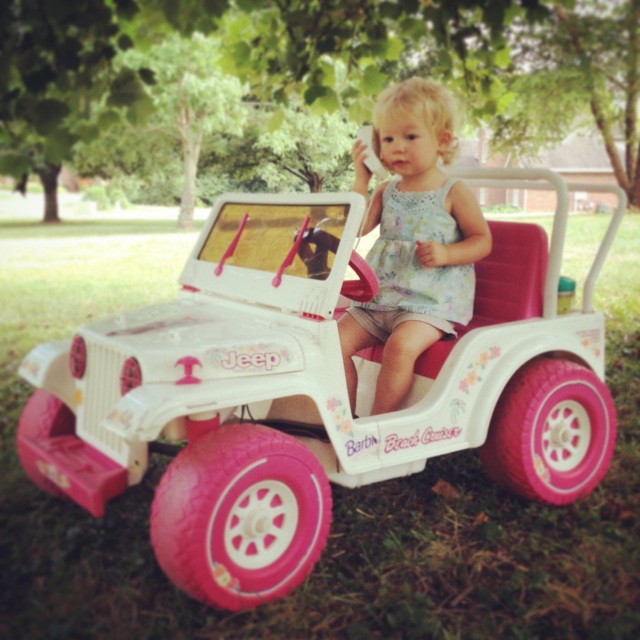 Lilli’s had a lot of fun driving it around.

We had to take a trip to the mall to get Lil some new sandals.  She can wear out some shoes so quickly that I really wanted to get her one nice pair to go with some of the cheap things she has.  Abbi more than enjoyed her spaghetti (she is such a mess!!!) Lilli loves mall pizza, so we always get the spaghetti for Abbi as the combo side and save about a million dollars. 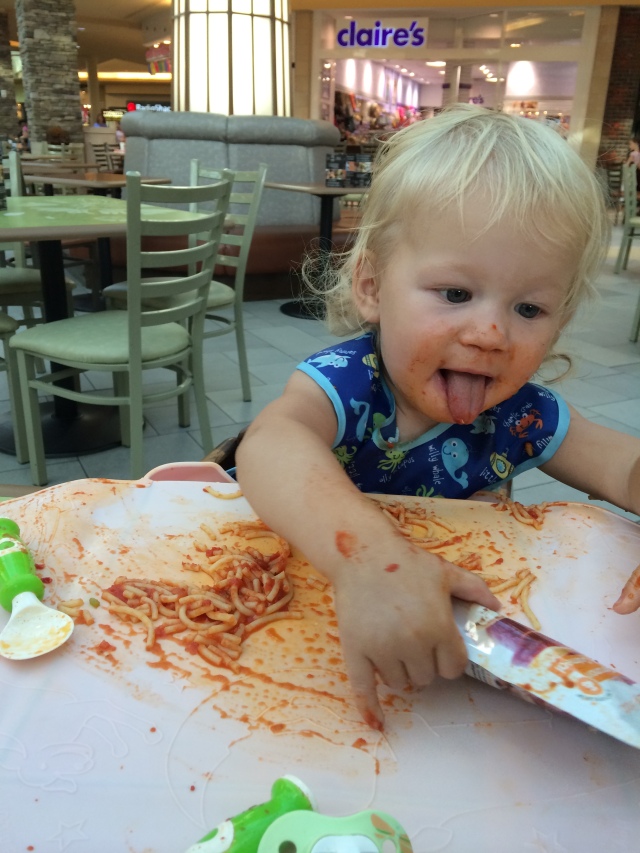 This pretty much sums up an evening at the mall with two kids.  Hot mess.

But, when it was all said and done we still treated ourselves to Auntie Anne’s pretzels before we left.  Because we survived!!