After another great hotel breakfast (insert sarcasm here….) we loaded up and headed towards the Indianapolis Zoo – or tried to.  Indiana is one of several states on this trip that had a ton of interstate construction.  We’re totally used to that here in Nashville, but when we close interstates or major exits we provide help for detours.  Not so much in Indy.  And when our exit was closed we just picked another one.  This area of the country had had a ton of rain and we ended up going down sketchy roads, driving through standing water, and had a very strange back tour of downtown to get there.  It’s always an adventure. 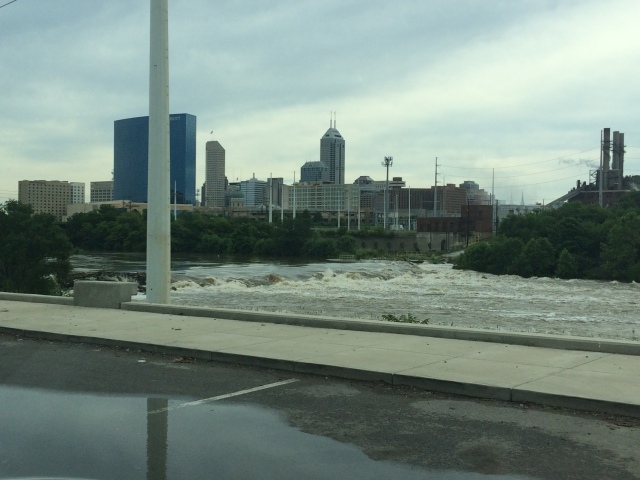 With our Nashville zoo membership we saved $2 per ticket price, but every dollar counts.  It was $80 for the 4 of us to get in, but this zoo was FIERCE! Dolphins, sharks, penguins, and the works.  Definitely worth the price of admission.  There was a dolphin show starting right as we got there so we headed over there first.  Abbi could not believe it! She was so excited and wanted to sit as close as possible in the splash zone.  She’s such a wild one. 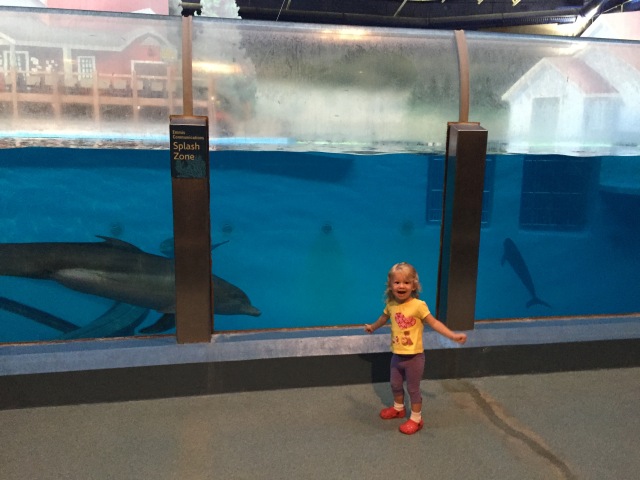 Lilli and I sat up higher so we could have a better view of the pool.  For some reason the show was delayed 25 minutes which was torture -a lot of restless kids and a lot of people started leaving.  But we came for dolphins so we stuck it out.

Obviously this face was worth it all! She LOVED it (and so did Abbi).  Lilli’s been to Shedd and all kinds of other top aquariums but she doesn’t remember it, so this was pretty awesome for her to see.  Abbi loved it, too. 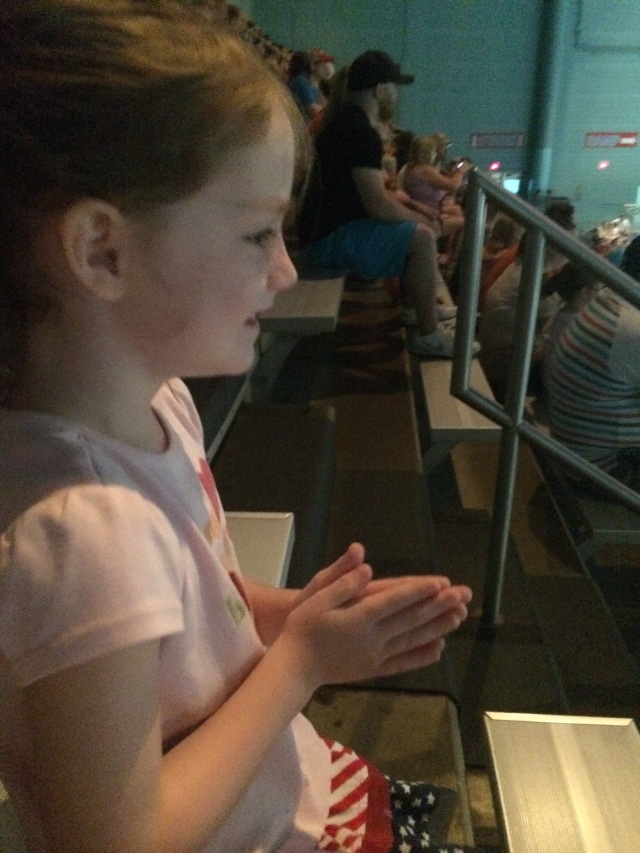 They flipped and twirled and did all kinds of tricks.  Afterwards you can walk underneath the pool in a very cool observation area.  The whole thing is very well done.

They have a huge Oceans exhibit with all kinds of fish (Nemo was a fave of Abbi’s!) and a shark petting tank.  Abbi’s arms weren’t long enough to reach, but the rest of us could.  Very cool. 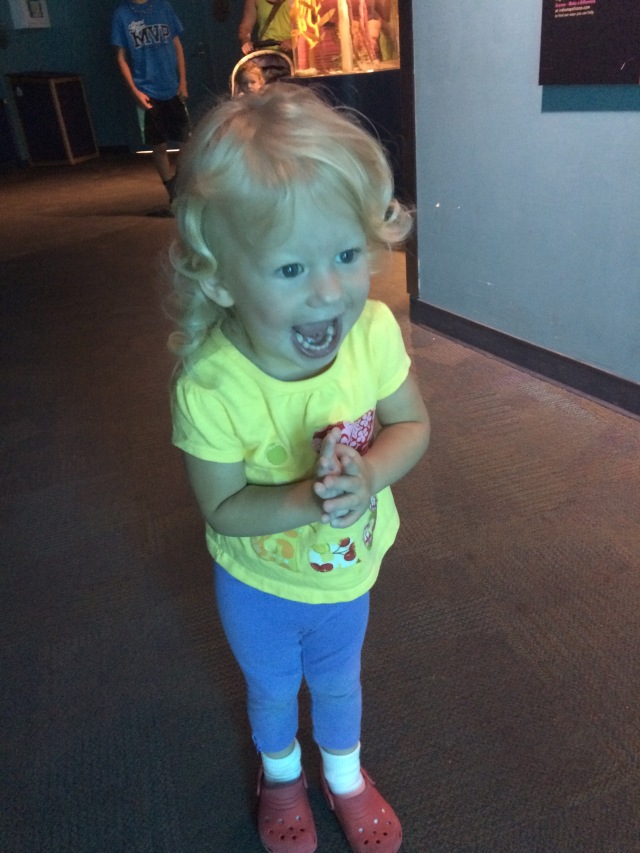 Worth the price of admission for all these smiles!

They have a wonderful monkey house, all kinds of bears and just a huge array of animals.  It’s definitely a world class zoo.  Their reptile house is also very unusual – most of them are in this open environment and you have to search around to see the lizards, snakes, etc.  It’s indoors in a VERY humid place, but feels very open. 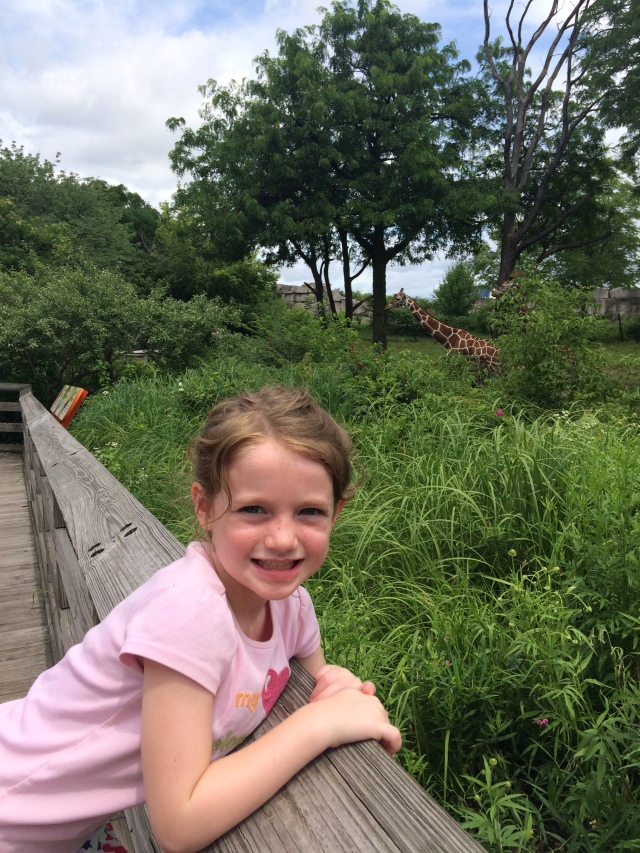 We were so close to the giraffes! 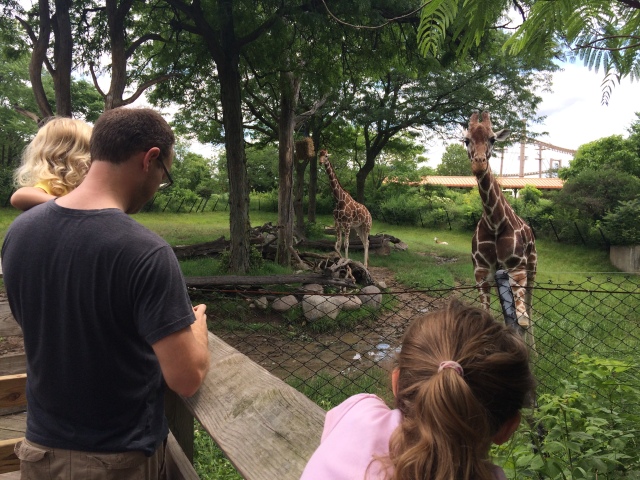 Elephants are Abbi’s favorites.  The Savannah area was huge with roaming animals.

Once again we rented a stroller, and we wish we’d rented a double! There was a lot of walking here and both girls got pretty tired (and it was hot). 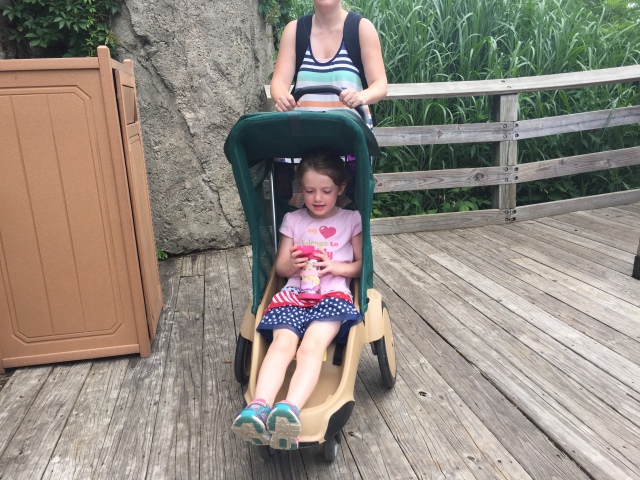 Poor Abbi was so tired by the end.  She was asleep before we were out of downtown Indy.  They also had a huge butterfly and botanical area that we skipped because Abbi was so tired and we needed to move onto our other destinations for the day. The Zoo in Indy was definitely worth the stop!