One day, eventually, all these vacation posts will be done! We did so many things and Lilli loves looking back, so one day it will all be worth it.  Or at least I hope so!

We kept heading south in Iowa until we crossed over into Omaha, Nebraska for just a few minutes.  We’ve never been huge Nebraska fans, but since we were just right there we figured we should stop and check it out, and do some sort of activity so the girls could both add Nebraska to their state count.

We decided to visit a Wildlife Safari park outside of Omaha.  Once again, Omaha was a city under tons of freeway construction with terrible signage.  We stopped for a quick lunch and eventually made our way to the park and were one of the last cars who got in for the day. 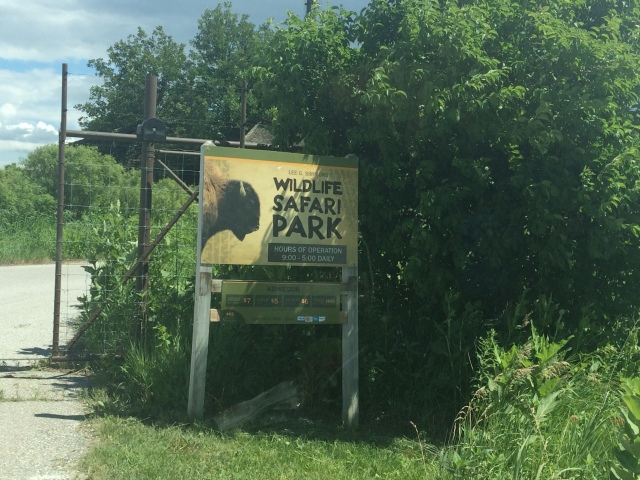 What we didn’t realize is that this was not a park where you got to feed the animals.  And that makes a world of difference in being able to see animals and have animals interested in you.  And it was a warm afternoon and the animals were interested in the shade, and not a bunch of cars.

Abbi did enjoy getting to drive the van.

This park did have multiple stops where you could get out and see some animals more closely, so it did have that going for it to break up the long periods where you were driving around while animals hid. 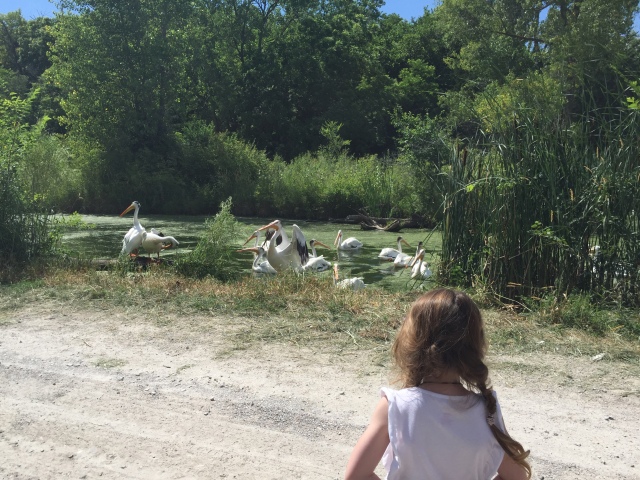 And they had a goat petting zoo.  If the rest of a park is a dud a goat area will make my girls happy every time!

Maybe instead of a puppy we should’ve gone for a goat? At least we might not have to mow this summer.

Maybe for Lilli’s senior picture slide show we should just show her and goats over time?

They even had bears and some other larger animals.  It was definitely an unusual place, our disappointment just stemmed from visiting so many awesome parks where you could feed animals.

The closest we got to animals in the safari area.

They even had a playground at the end and some other animals like bobcats in cages.  We let the girls burn off some ninja energy on the slide and monkey bars before we got back in the car.   Lilli’s upper body strength is really getting fierce! 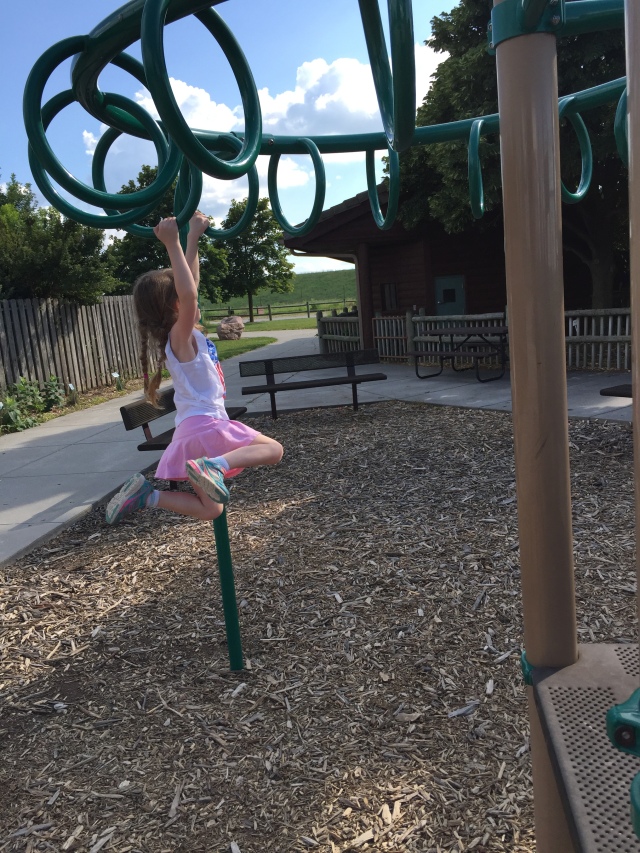 Another afternoon pop-up storm on our way out of Nebraska.

Welcome to Missouri! Once you hit Missouri it feels like you’re nearly back to Tennessee.  Missouri was a new state for Abbi.  Lilli has previously been to Missouri when we visited Kansas City and the Kansas-Missouri area several years ago on her first flight. 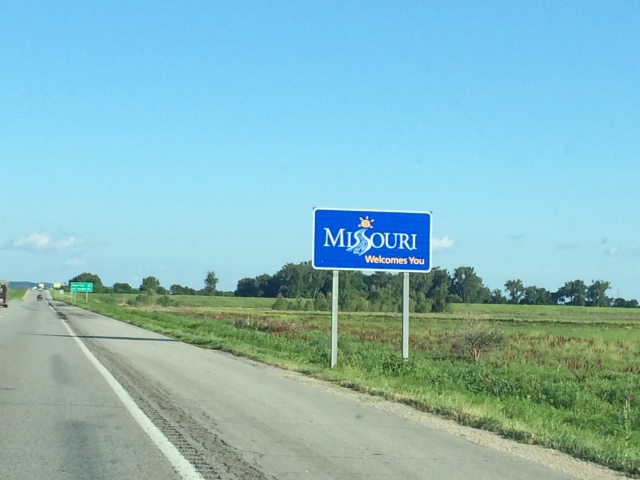 We stayed for the night in St Joseph,  Missouri, not too far North of Kansas City.

We’d seen a ton of Perkins on the trip but hadn’t been near one when it’s time to eat.  I have a lot of fun memories of hanging out and eating at Perkins in high school so I wanted to eat there with the family.  Let’s just say the memories in high school were way better than this small town Perkins that had about two people working for the whole entire restaurant.  It was a loooong meal with two kids.  But I’m glad we did get the opportunity to try it out and the peanut butter pie to-go wasn’t too bad, either!