Lilli woke up and her room had been decorated by the birthday fairy with balloons and streamers, and special Star Wars decorations, too.

After her favorite breakfast of cinnamon rolls, eggs and bacon we let her open presents.   We kept presents pretty minimal for her, too – she has way too much stuff.  This year was a few Shopkins

and a kids edition of the Kindle where she can read and play games without always asking for our phones or Ipads.  It’s got a lifetime breakable guarantee that we’ve already gotten to use and get this one replaced.  She was thrilled!

Since Lilli’s birthday was on a Sunday and she’d decided she wanted a birthday skate party, she actually got to have her party on her actual birthday.  Abbi was looking super cute and ready to skate…..maybe.

The only problem this year – was all this stuff.  Our driveway and roads still looked kinda bad, but all the main streets and interstates were fine.  They almost didn’t make her cake at Publix, and the skate center reduced their hours some, but we decided not to cancel her party.  Her Nashville friends all canceled, but she still had most of her besties from school able to attend and get out.  At this point, people NEEDED to get out of the house! 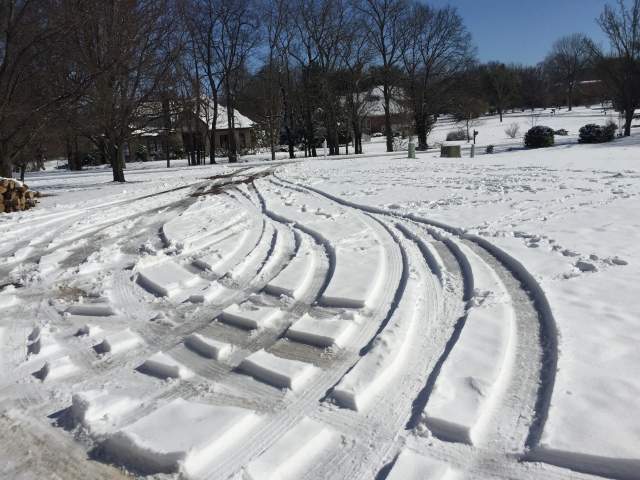 This was Abbi’s first skate experience.  At first she started out great – and quickly went downhill and refused to skate at all.  Any mention of skating led to giant tears and tantrums.  Maybe next year……

Reese, Lilli and Kaitlyn skating away 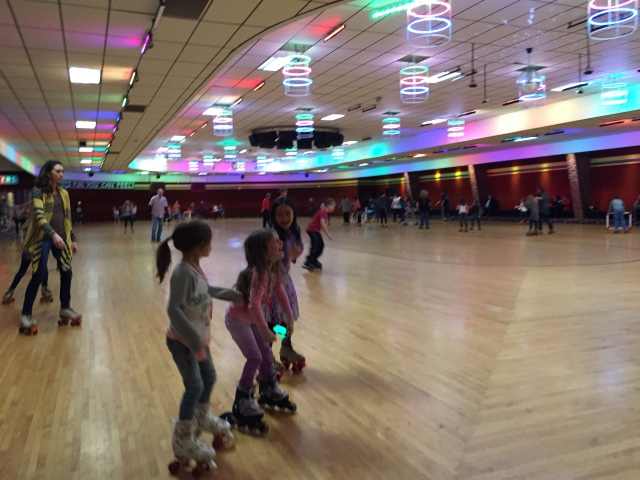 Their parties include pizza and snacks for the kiddos in a “cosmic” room.  Livy, Kaitlyn and Emerson 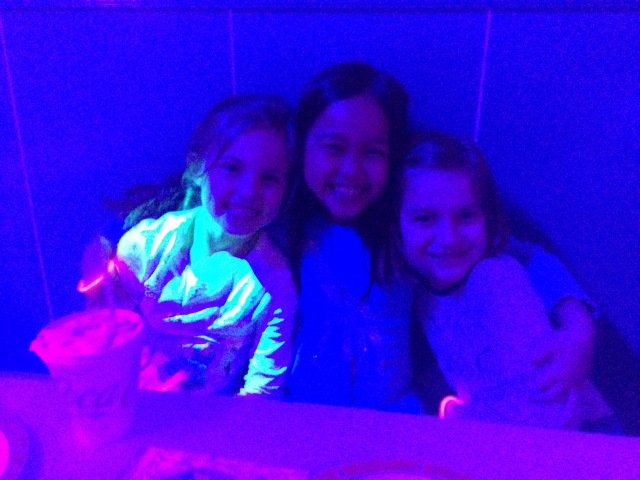 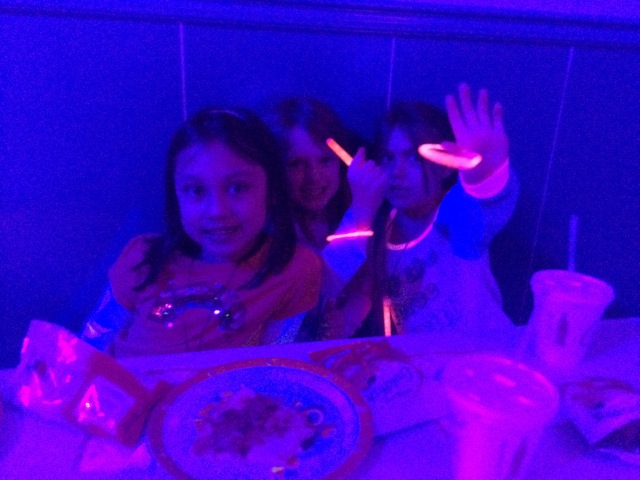 Making a wish…..probably for a non-snowy birthday next year!

Kelly, Lilli and Reese.  With the weather the skate center was really not that crowded.

And how Abbi spent her afternoon – sitting on the sidelines drinking Icees.

Playing the games and getting tickets was a huge obsession of the girls.  I brought a few rolls of quarters and they just went wild playing games in the arcade. 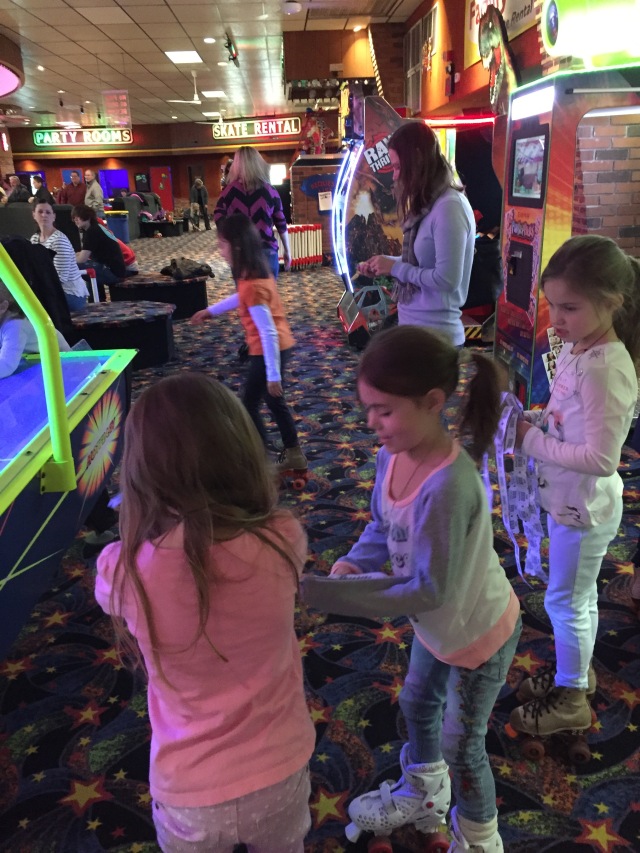 They were pretty cute in sharing their tickets and spent forever getting all their different “prizes”. 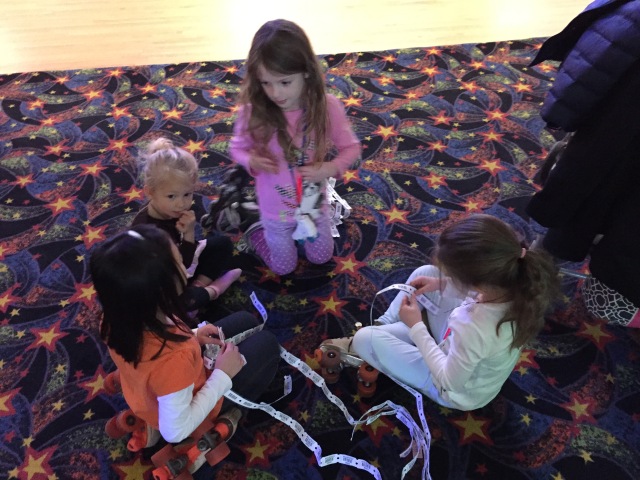 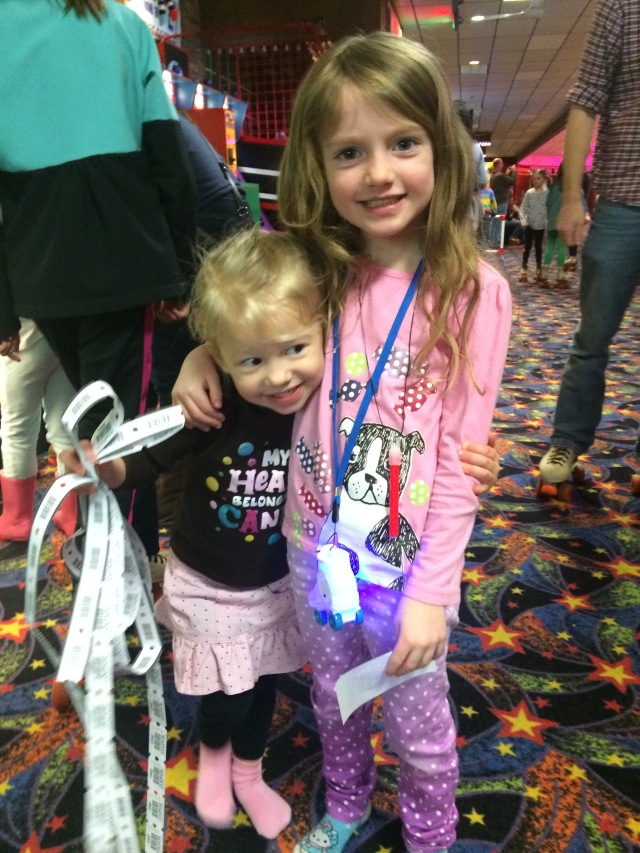 Lilli’s big prize – a fake diamond ring.  HA! Even thought her party got a little snowed out, she still had a blast with the friends that could come.  We’ve been really lucky the previous years to have never had a snowy party, so if weather was going to be a factor at least we got a giant snow out of it!