Late summer evenings at the park playing after a greenway walk.  I miss those early dinner, hit the park before dark evenings! Now it’s just dark, dark, cold with restless Indians trapped inside the house. 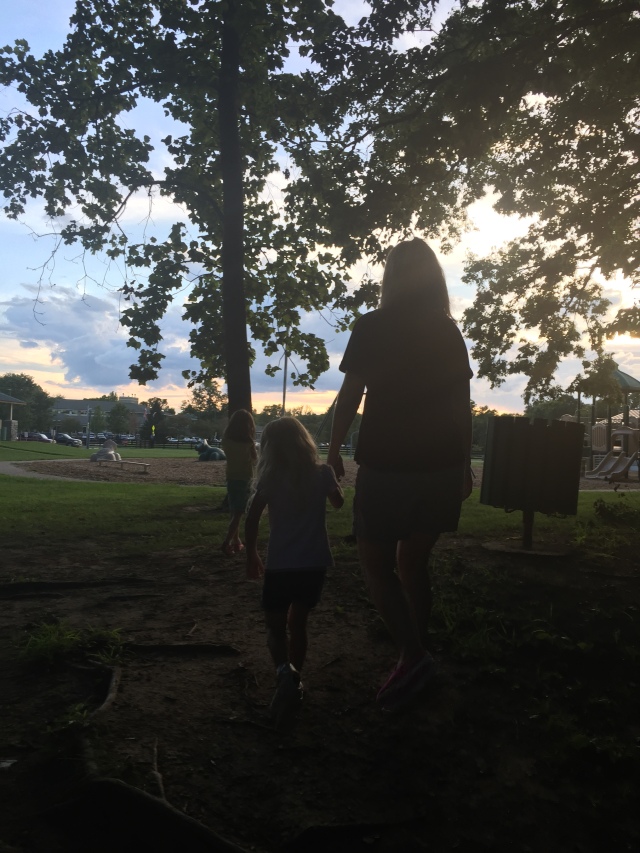 We happened upon Kids Night at Blue Coast Burrito.  We rarely eat out during the week so this was a fun surprise that they have a balloon man there on Tuesday nights.

Lilli and her cute bunny hat.

Abbi and her dog.  As excited as they get about balloon people, they literally never play with them again once we get home with it.  Seriously.  Every time.

A Friday night hiking at Smith Park.  It had been a stormy afternoon and was cool after the rain so it was too cool for the pool but a really nice evening out for hiking.  We had the place to ourselves along with a lot of deer.

Abbi picked me some wildflowers.

Consignment season started! The old fall clothes and tons of toys headed on their merry way to other people’s homes.  I love selling off all their old things and things they’ve outgrown.  One of our major goals is to simplify and downsize all the “stuff” around here and I made a huge dent in it last fall.  I literally sold half of Lilli’s Barbies and she really hasn’t noticed.  And we’ve already started talking about more things we don’t play with to sell this upcoming spring.  Simplify!! 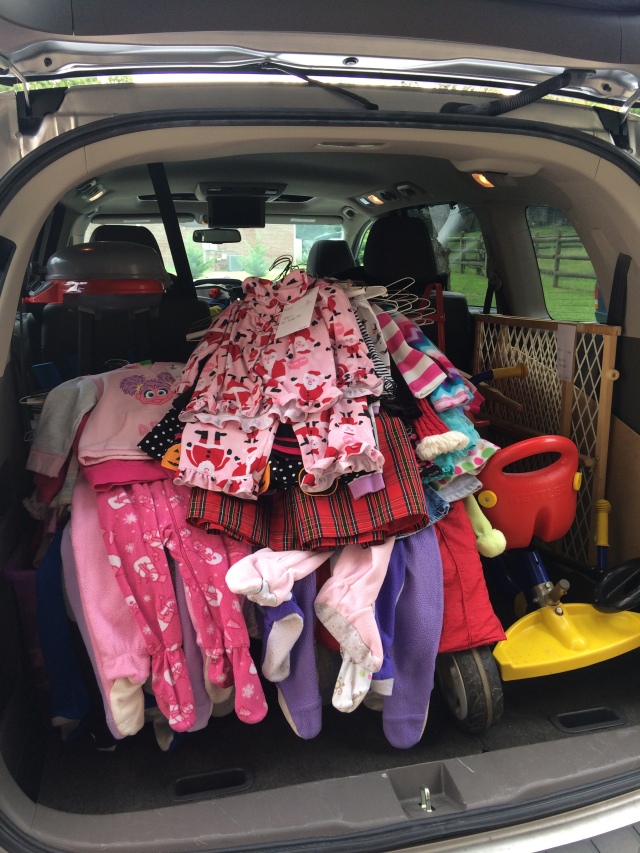 The girls had a dentist appointment.  This was Abbi’s second time to go, and she was apprehensive about it but ended up doing fine and her teeth had already corrected a lot after having just given up her pacifier for bedtime a month or two earlier. 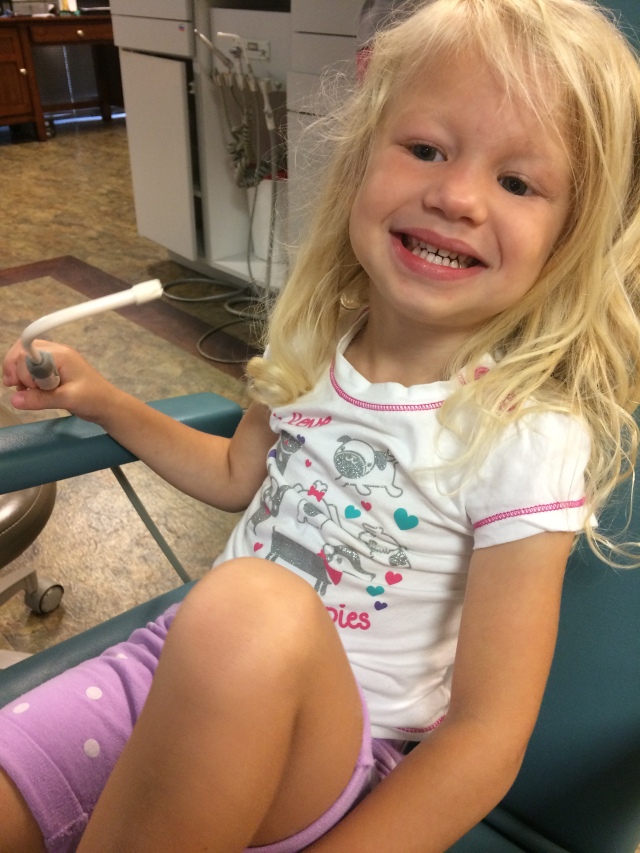