Our last full day in North Carolina was bright and sunny, with just a little crisp fall wind.  We decided to do the lake tour and take advantage of the sunshine.  After another great breakfast we headed to the lake and after we bought our tickets we let the girls play in the park.  How pretty is it to have this as the backdrop for your playground?

We wanted them to burn as much wiggle off as they could before the hour long tour.  And by “them” I mostly mean “Abbi”. 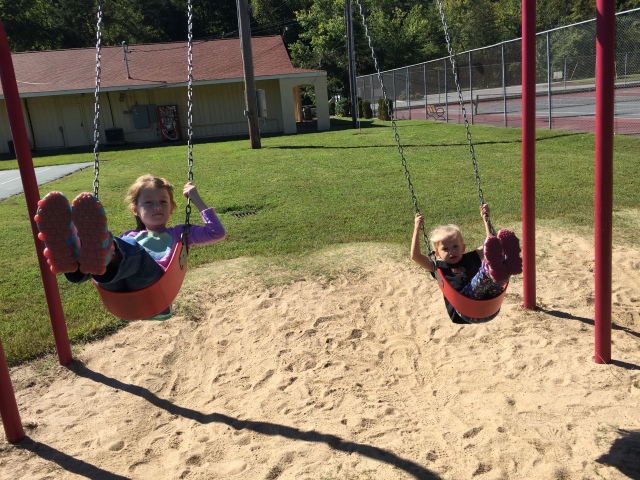 Our boat was full and the girls were so excited to set out and see the lake up close.  The leaves were just starting to change and it was so pretty.  The sun felt great and the wind just a little cool.  Abbi LOVED when the boat went fast.

My side of the boat was pretty lively. 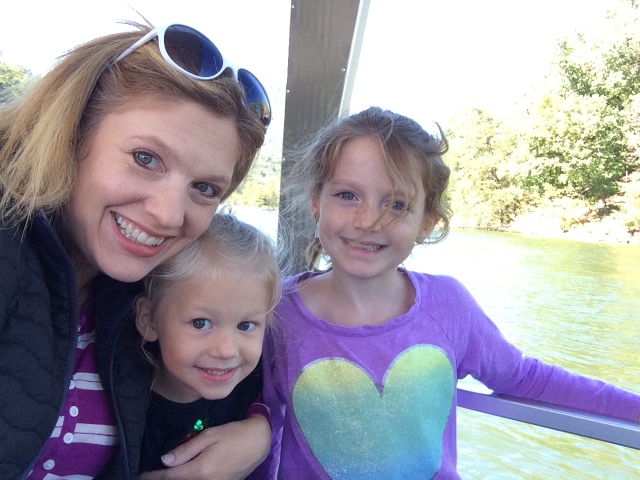 The captain drove us all around the lake telling us stories about the gorgeous houses and their history.  And he stopped where Dirty Dancing was filmed to give us the scoop on that.

It would be so nice to have a house right on the lake! So many of them had great slides and all kinds of party decks for entertaining. 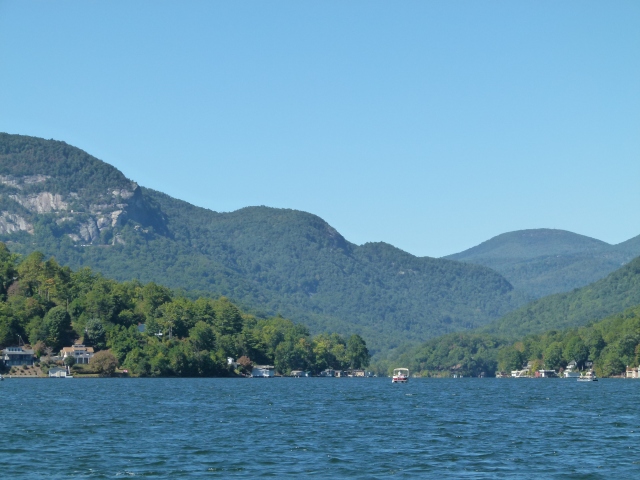 The tour was just the right length of time for Abbi’s attention span and afterwards we grabbed lunch at a Mexican restaurant.  My only complaint for the area is that they just don’t have enough restaurants for getting in and out without much of a wait.  Our next stop was a train museum I’d found on Trip Advisor.  It’s a donation based museum in honor of the owner’s husband who died of prostate cancer.  She took all his old trains and set up a museum.

It was definitely quirky and absolutely perfect for both girls.  It was mostly deserted and that was another huge perk! We had it all to ourselves for a very long time and the girls watched all the trains going around and around and pressed all the buttons about a million times.

They had rooms with just toy trains for kids and also dress up.  Abbi could’ve moved in there.

But she may have enjoyed the ice cream she treated us to afterwards even more.

Until Abbi started spilling hers all over herself and everyone else. 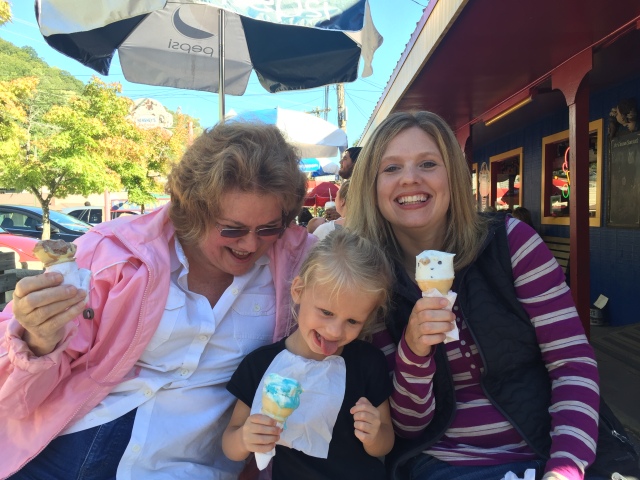 There was a little mini golf place in downtown Chimney Rock the girls wanted to try as well.  It was such a nice day we just couldn’t say no.  Although I really don’t think Abbi is quite up to 18 rounds of golf.

Every hole after the first one or two went like this.  And she lost….a few balls.

They did find plenty of ways to amuse themselves on all the little golf challenges.  Mostly by rolling, kicking and tossing the balls.

For all the distractions, the game between Brent and I was really close and came down to just a point, in his favor! I’m pretty sure Abbi cost me at least 1 point….probably more.  So I still call it a tie. 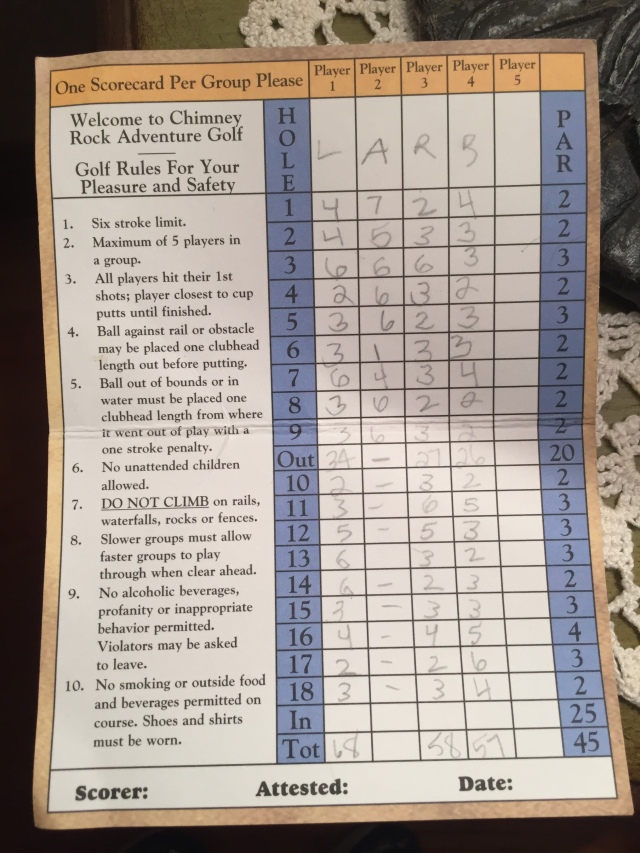 Afterwards we headed back to the cabin for one last delicious dinner.  We enjoyed some relaxing time out on the porch in the wonderful fall air.  Well, I guess “relaxing” is relative.

I think Abbi went in and out the door checking on us and then checking on Aunt Nancy about three hundred times.  I’m surprised the door was still on the hinge by the time we left.  And she’s also a pretty expert photo bomber. 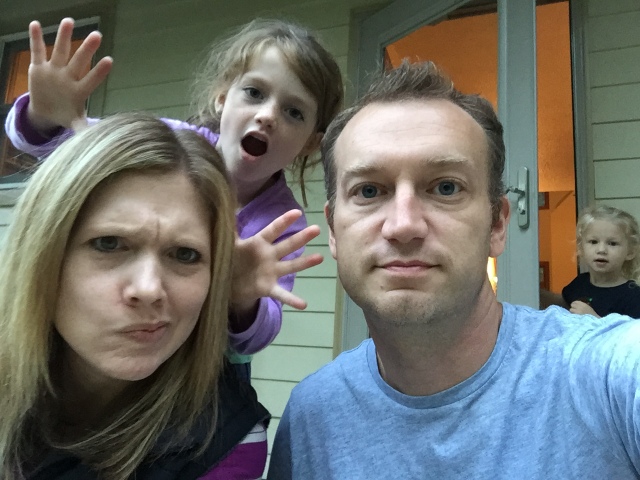 After dinner we cozied up to watch the presidential debate.  What a night!! 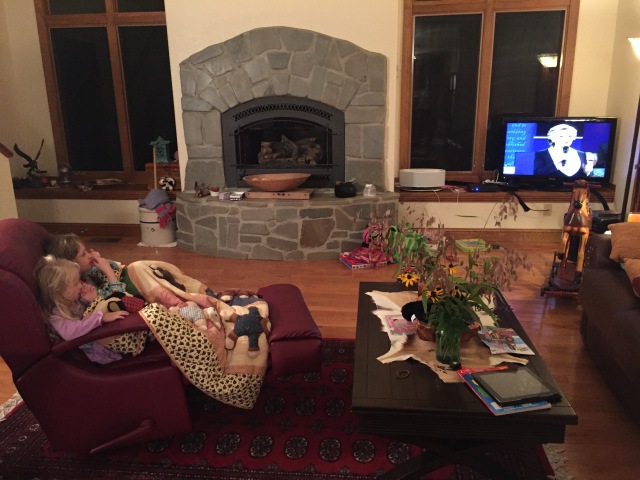