I just wanted a cute picture of them after church with my blooming sunflowers.  I didn’t manage to get two kids smiling or very many of my sunflowers in the picture! 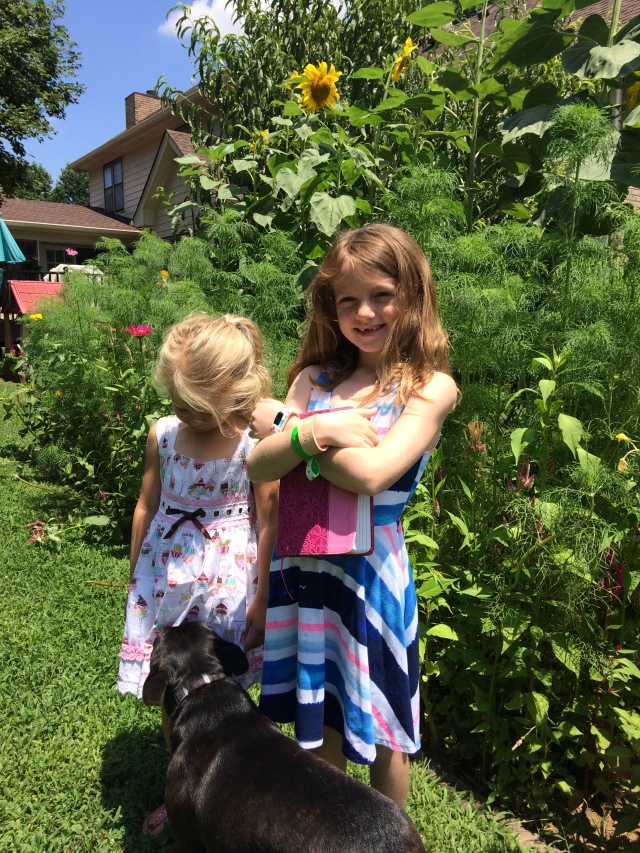 The only way she’d pose – inside, and with Olli.

Since Lilli had the double swimmers ear, she wasn’t able to go to the pool for 7 days.  It was a hot weekend so we improvised with the little spray sprinkler.  It’s no pool, but they had fun with it! 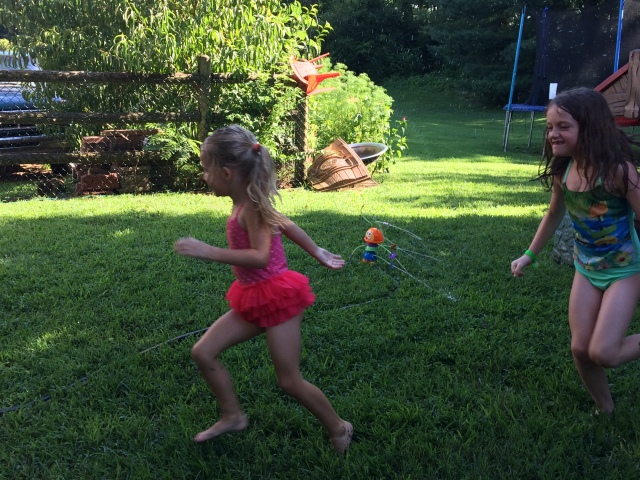 It’s not much of a sprinkler but it gave them lots of entertainment for jumping around it, splashing in it, and eventually filling up some cups and pouring it out.

We only made it to one concert at Crockett Park this summer – a fun 80s band called Rubix Groove.  All the bandmates were in 80’s costumes, and of course my favorite was Johnny from Karate Kid! They were fantastic and played all our favorite 80’s tunes. 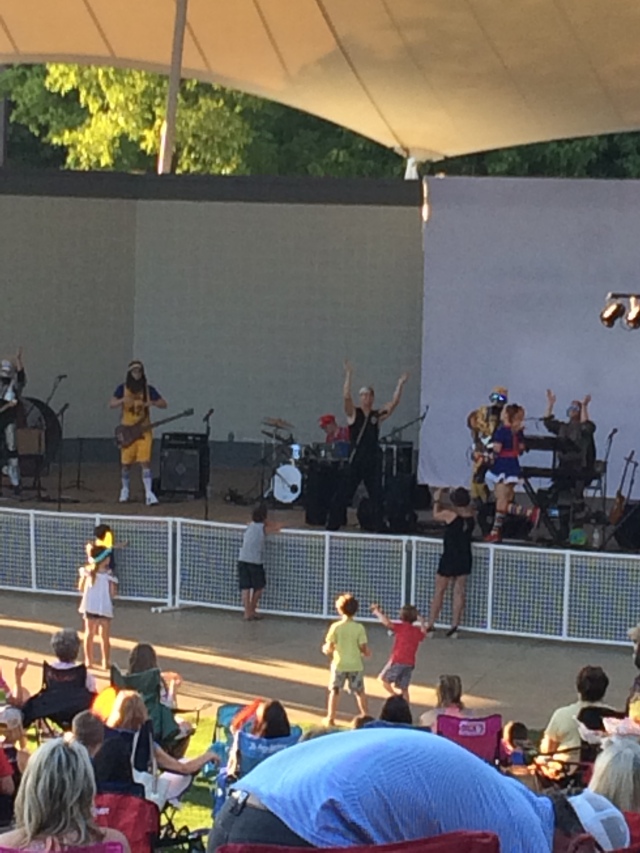 Brentwood Academy was giving out popsicles and all kinds of goodies, and since we ate dinner before we came we got some other dessert treats from the tons of food trucks there.  I love that our city does this every week during June and part of July and maybe some year we can get out there more than once!

We ran into some of Lilli’s best gal pals from school, and they spent the rest of the night roaming the park looking for boys from their school.  A preview of things to come….. 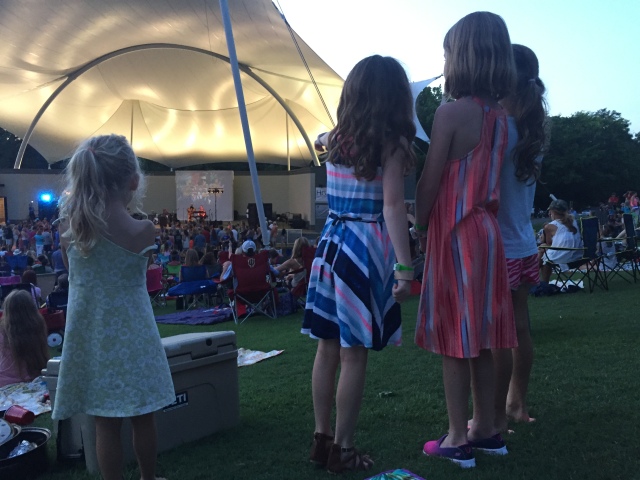 At night the ampitheater is so pretty!

Abbi at school with Cash the bunny right behind her.  That rabbit cracks me up.

Sleepy heads.  Abbi has been sleeping in her floor in a sleeping bag for months now.  I’m not sure how Lilli ended up on the bottom – I think that morning when she woke up she said she’s been sleep walking and wasn’t sure herself! Summers are tiring……

A delicious frittata we made from some tomatoes in our garden……

This spider lived by our front door for several days – every night he’d build a huge web and then tear it down in the morning until dark again.  We had a lot of fun watching him work, until we decided there were about to be hundreds of babies on our front door.

That week Lilli was at zoo camp.  She didn’t go with any of her friends, it didn’t work out for timing, so she made new friends at camp. The troop size is really small, and it’s such a great camp.  Always one of her favorites.  I’m not sure what their Zoo Teen is doing in this picture – Lilli said he was funny and silly – I can see that!

They get all kinds of up close and personal experiences with the animals, learn all about them, and she always comes away even more determined to be a zoo keeper one day.  Even though it’s really not convenient, it’s a fantastic camp and everything about it is so well done for the kids.

She can pretty much tell you every personal story of every animal in the entire zoo! And next year Abbi will be old enough to go so we might work that in as well.  It will be so nice for them to start having the same schedule!