We slept in, ate some breakfast and then had to figure out how to get all our tons of stuff back into our suitcases along with all the things we’d bought and picked up along the way! Lilli was feeling fine so Brent took the kids to the pool for one last swim so I could try and figure out the best way to reorganize our luggage. 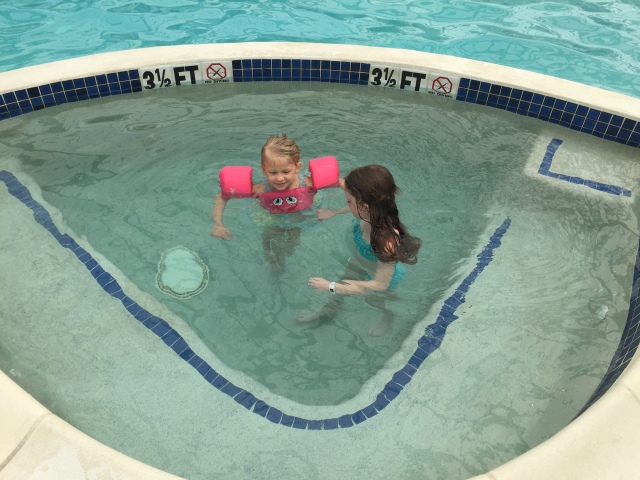 The girls had a good time – even if the pool was pretty crowded! An indoor pool like that is really never empty.

Then it was time to head back to the airport to fly home.  We didn’t have to go back through Philly but we did get a nice view of the city as we headed to the airport.

We ate lunch at the airport and of course Abbi watched planes coming and going while we waited.

You must always, always touch the plane for luck.

Ready to fly! It wasn’t a full plane on our way home which was really, really nice.  I’m always a fan of some personal space.

For the next week of summer break Abbi was headed to her first camp.  We were excited for her and Lilli to be in the same place and on the same schedule – but we knew it would be tough for Abbi to be in a new environment and without her comfort zone of teachers and friends.

And it was a tough week for her.  She had a terrible time at drop off and the counselors were college kids who really didn’t know how to deal with anxious kids.  She’d cry every morning at drop off, have a hard time going in, and eventually she’d go in with Lilli.  At least they got to play for a few minutes before splitting up into their groups.

They’d post pictures of them throughout the day and she’d always look like she was having fun, and she did say she made a friend or two.  But every morning was worse than the day before and she’d work herself into a frenzy about it.  One day they called me because she said her stomach was hurting and they sent her home.  She wasn’t sick – on the way home she wanted Sonic and then also ate Chic Fil A.  She was just stressed and letting that affect her physically and they just weren’t capable to deal with it.

The next day wasn’t much better and once again they called me.  I told them it wasn’t anything physical and that this was being driven from her anxiety.  I gave them some tips, told them to let her see her sister, and they called me later and said she’d fallen asleep in the Director’s office.  They called me again later and said once she woke up she had lunch, visited with Lilli, and was doing fine later.  Needless to say it was a long, long week and not a great way to kick off her summer camp experience.

Meanwhile Lilli had a pretty ok time.  There was a girl she recognized from other camps in the past and they became fast friends.  She had picked this week because the camp brochure said they were going to dissect a grasshopper – and instead they dissected a flower.  Not the same at all.  She was pretty disappointed with the camp overall and the small amount of material they learned.  Needless to say neither girl wants to go back there this summer.

She was excited to ride the Space Coaster ride for the first time – I think that was her main highlight!

The best part of summer is all the daylight in the evenings and having more free time from homework and all the activities of regular life.  It’s hard to beat playing in the creek and enjoying a summer night. 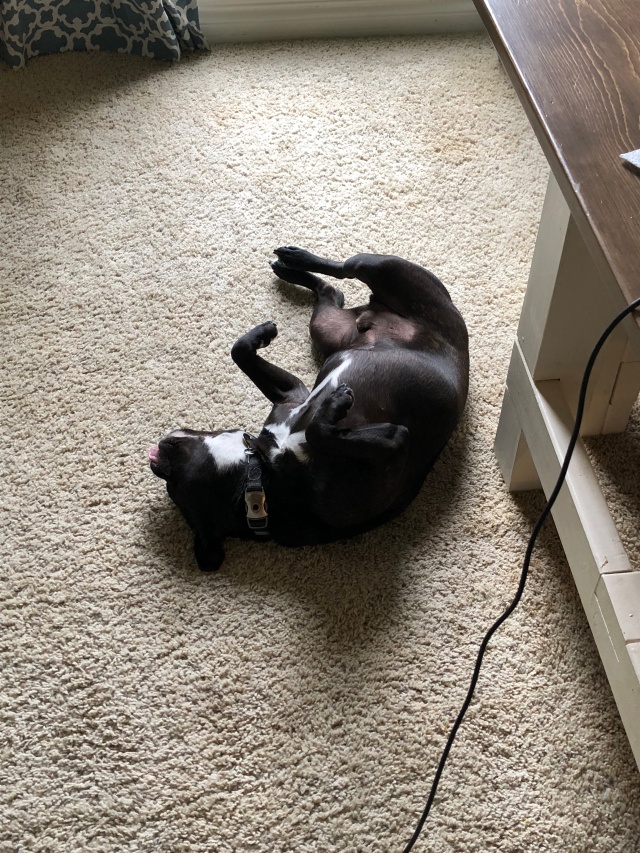 All dance all the time.