Even though neither girl had all that great of a time at Adventure Science camp that week they both wanted to go back on Saturday and just play.  I don’t think they felt like they’d really gotten to play enough in all their favorite spots so they wanted the chance to just play.  They ran into several of their counselors running some special activities and they had a good time running around the Science Center.

Lilli really wanted someone to do the adventure “ride” with her so I agreed to do it.  We did the same roller coaster she’d done the day before and Goodness! That was a rough ride. 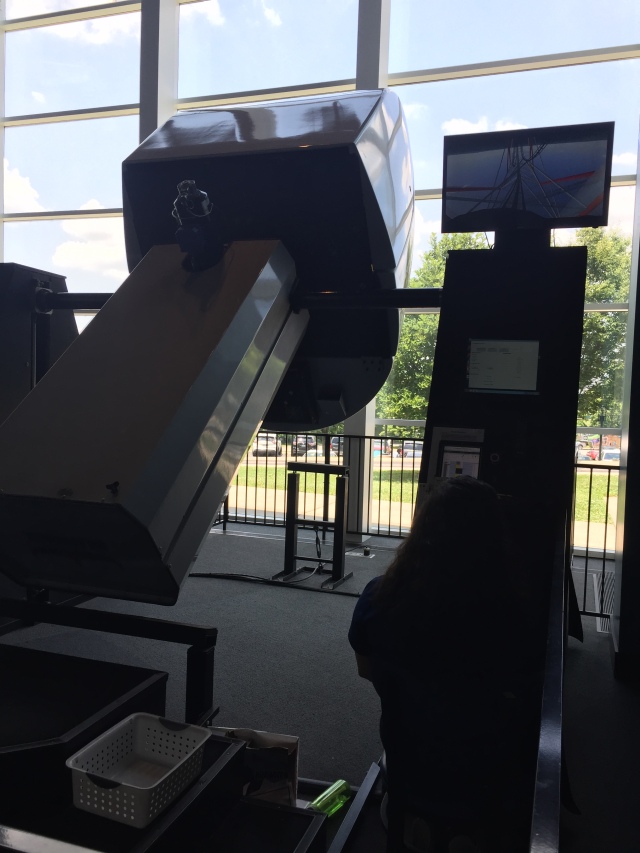 I definitely prefer a real roller coaster to this sort of experience where they just fling you around and around.  I’ve always wanted to try it and it’s included with our membership so it was fun to finally do. 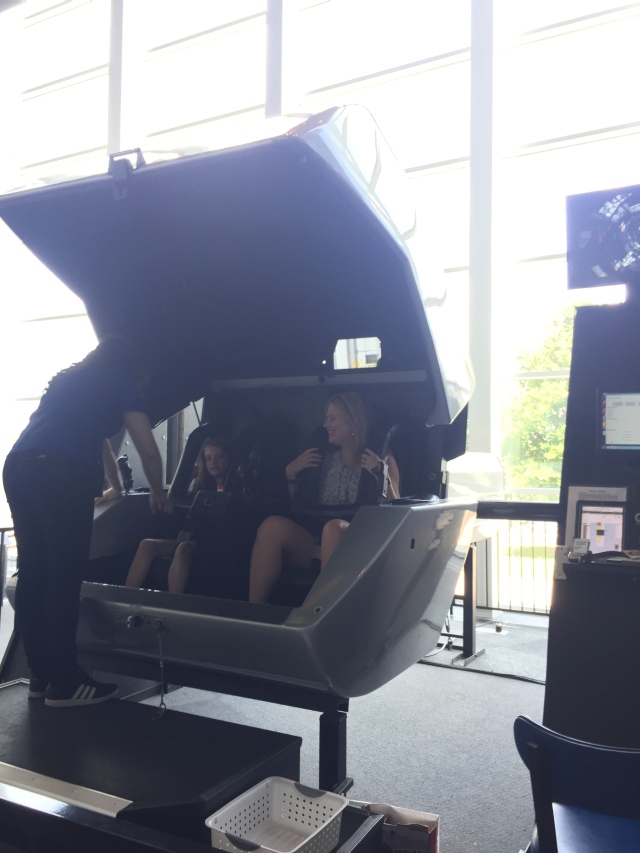 Gotta keep up our picture tradition on the spineless body.

And then she talked Brent into doing the moonwalk  – she was finally tall enough and heavy enough to do that one (Abbi still isn’t quite big enough).

It was pretty hilarious to watch.  It did not look comfortable.  Abbi and I were just laughing and laughing.  I think this is one Brent has crossed off his bucket list. 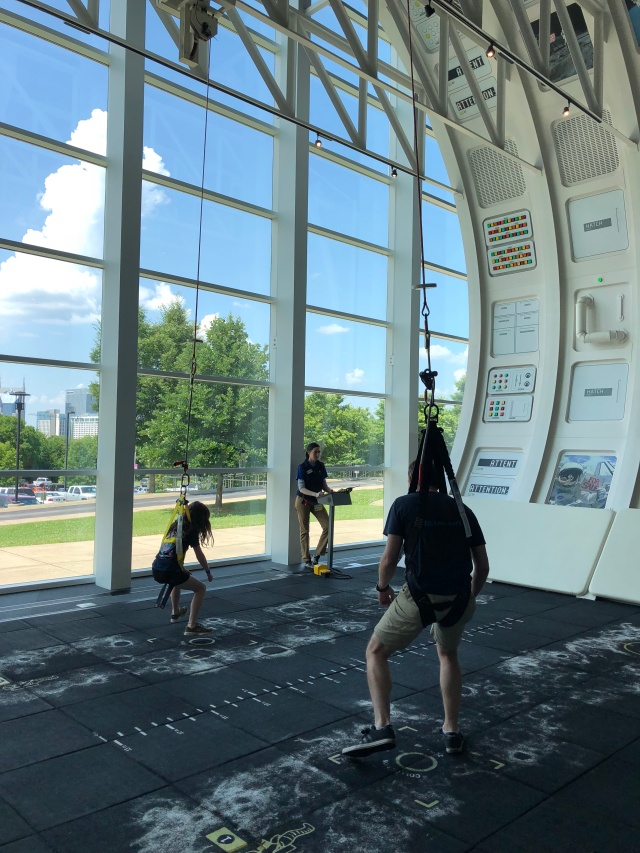 I don’t think he was too sad when they called their time up.  But it’s another one we’d never gotten to try before! It’s nice when it’s not super crowded there and we can try a few things for the first time.  And possibly the last.

We ran out and did a little Father’s Day shopping.  We ran to Publix to get Brent a key lime pie to wrap and they found this card.

It was too hard to resist!

Then it was time to drop Lilli off for Girl Scout camp for the first time.  It’s on the NorthWest side of time about 45 minutes from here, so thankfully not too far.  She was going with her very best friend, Kelly, for a week of horses and fun.  Kelly had gotten there first and got them a couple of top bunks in the back.

Super excited for their first overnight camp away from home!

There were a ton of girls in the cabin and it definitely looked like it was going to be full of a lot of energy! Once we got her all tucked in and settled we could tell she was ready for us to go.

A big hug from little sis before we left. 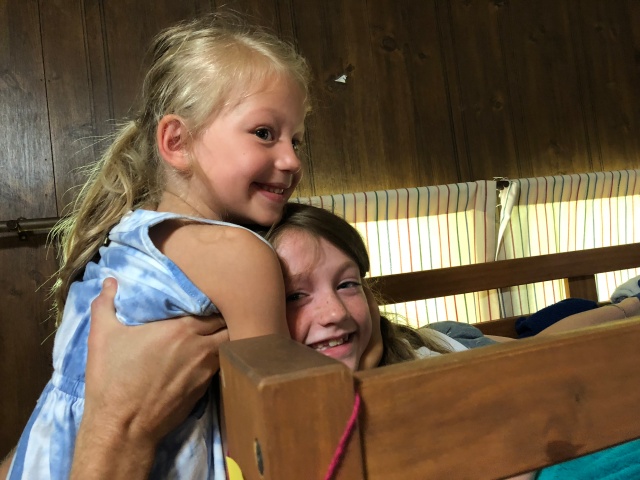 We got several pictures that week but I don’t think we saved most of them off except this one.  She looks like quite the expert horse rider! 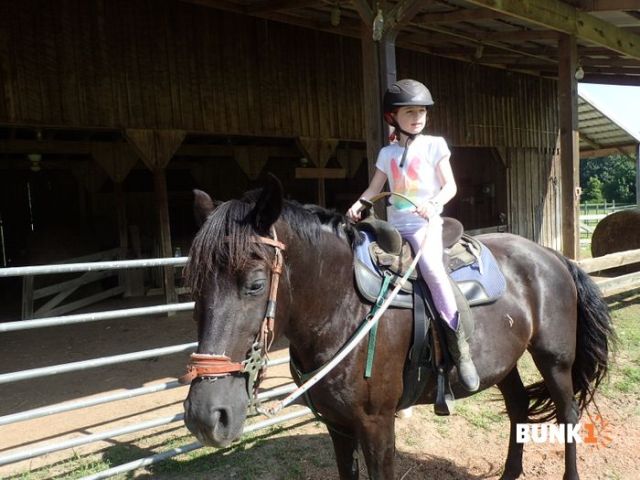 We pretty much had the place to ourselves that afternoon.  It was such a pretty park and we’d love to go back over there sometime. 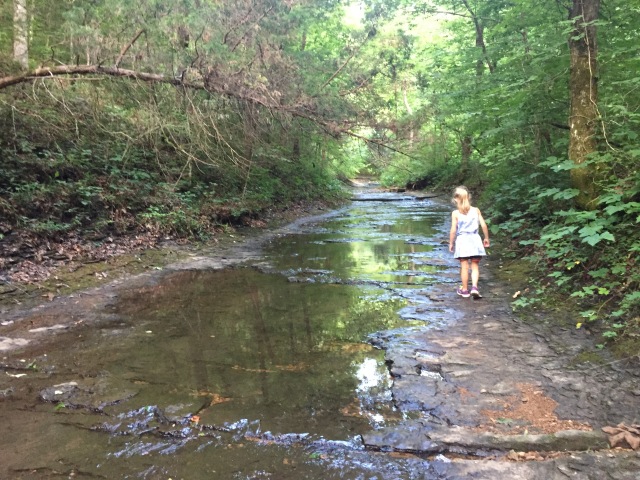 One night we took Abbi to the pool to go swimming. 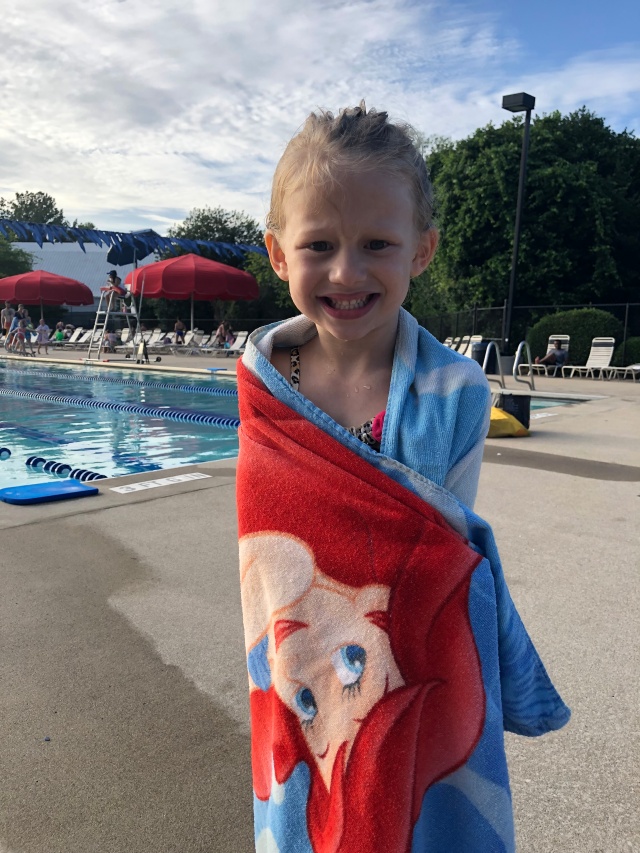 And one night we let her help us mow the yard.   She was definitely missing Lilli but also excited to get to do her own special things, too.