The week Lilli was gone to camp Abbi went back to “summer camp” at her old daycare.  They offered summer camp for the kids leaving for kindergarten – but basically it was a small, windowless room with just a few random toys and not a lot of structure.  So we had only signed her up for it the one week Lilli would be gone and planned the rest of their summer together for logistical ease for us and for her to have a more fun experience (hopefully).  Many of her friends had also moved on, too, so she really wasn’t missing out on too much by not staying for summer.  But during her very last week there she started feeling bad Wednesday night.  I really can’t remember what she said was hurting but the next day (on Thursday) she missed school and Brent took her to the doctor. 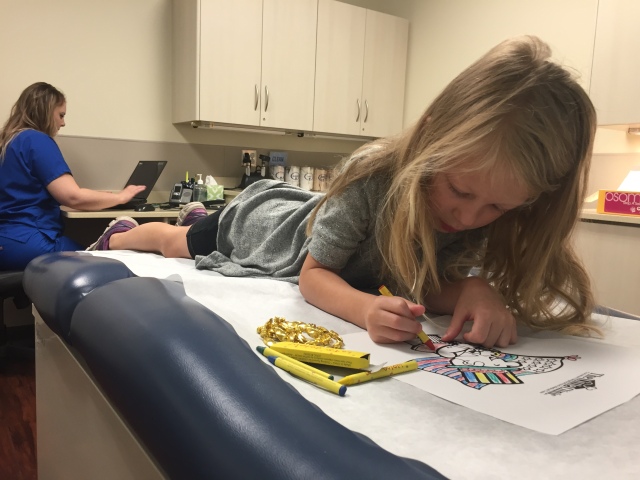 It couldn’t have been anything because they spent the rest of the day at the park and out playing, and she did go back for her very last day on Friday.  It really would have stank to miss her very last (ever!) day of daycare! 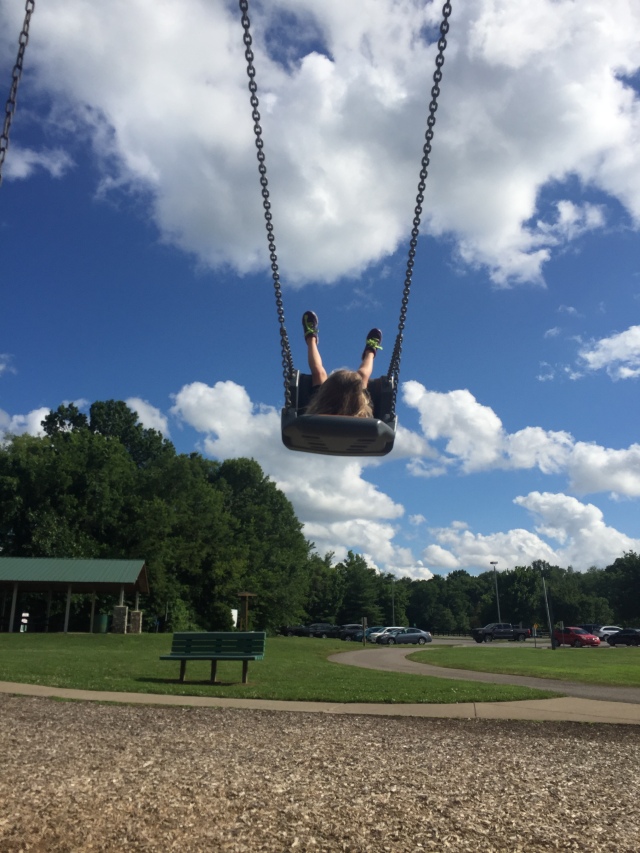 And she felt good enough for a Thursday night picnic at Cheekwood.  They had a really pretty summer exhibit with all these giant plastic animals everywhere.  It was really SO pretty, bright and colorful.

All summer Cheekwood had Thursday nights open for picnics and stayed open late – but when Lilli was in town on Thursdays she had piano at 7 pm, which pretty much blocked us from doing summer picnics there.  Piano was the only activity we kept in the summer since she had started not too long before summer break.

It was a great night to stretch out on our picnic blankets, enjoy the live music, and of course the art.

The exhibit was also inside the museum.  I think this is one of my favorites Cheekwood has had – I loved all the bright colors and just FUN designs!

And since it was plastic – it wasn’t totally off limits for touching.  There was one figure Abbi almost knocked over because she didn’t realize how very lightweight they were when she went to hug one! 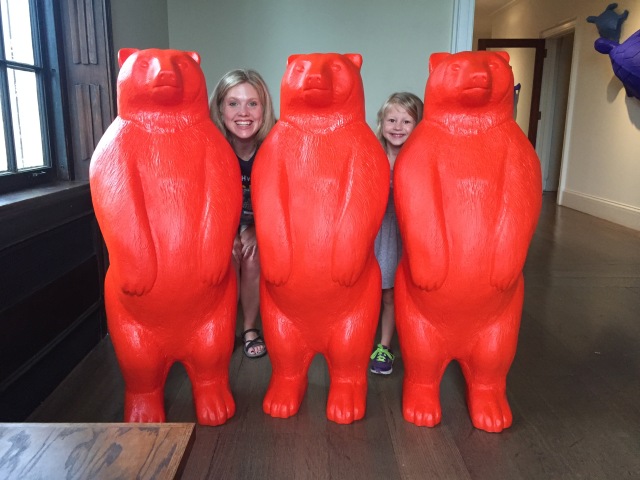 The alligators were my favorite, along with the snails.

And then here it was – our very, very, very last day of daycare FOREVER!! We’d been paying daycare from May 2009 all the way until June 2018! A very, very long time and it was absolutely monumental to write that FINAL daycare check.  We were extremely lucky to have some wonderful teachers over those years that both girls loved – and many of them we are still in touch with over social media and text.  Many of them are still babysitters for us.  We had a few not so good teachers over the years – but the great ones far outweighed the bad ones.  It was a bittersweet day but one we were very ready for.  Abbi didn’t really understand she wouldn’t be going back, so she didn’t exactly understand the saying good-bye process, but that’s understandable.

And that same day it was time to pick up Lilli from her very first week away.  Their camp ended in early afternoon so I headed out to pick her up from camp.  Seeing her come bouncing down the hill was SUCH a huge relief.  I think she looked about five years older.  They loaded her luggage in and off we went.  She had had a great camp, but had started getting homesick and tired from just so much activity and cabin life.  Of course she was so happy to see Olli.

None of her letters arrived home to us before she did – three of them came the day she got home and a couple the day after.

It was cute to hear all her thoughts – the things she ate, activities she did.

And then you can see when she starts getting a little tired and missing home.  Ha! 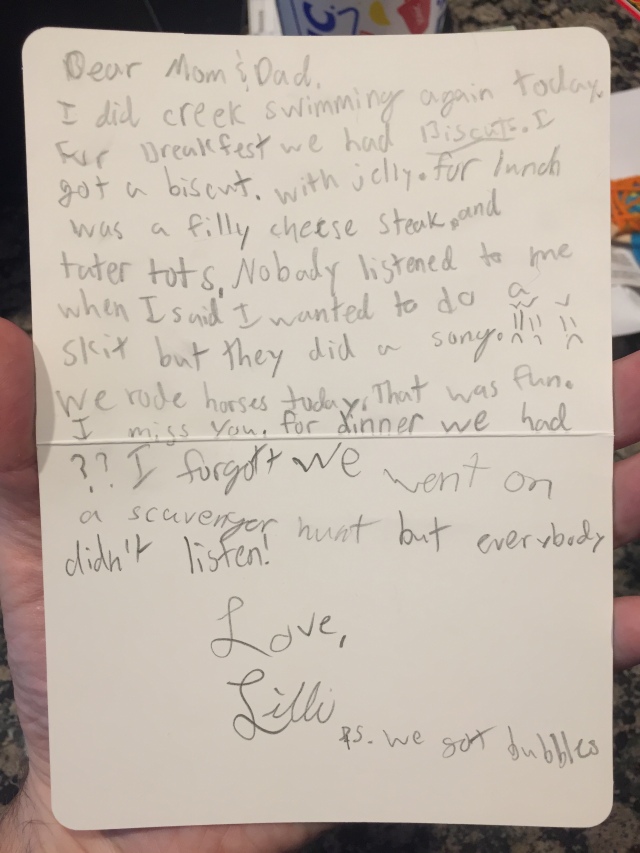 I had made reservations for us all to have a celebration dinner at one of our favorite date night spots, Uncle Julio’s.  We’d never taken the girls so we thought it would be a fun treat.  It’s less than 3 miles from our house but when you’re tired….you’re tired. 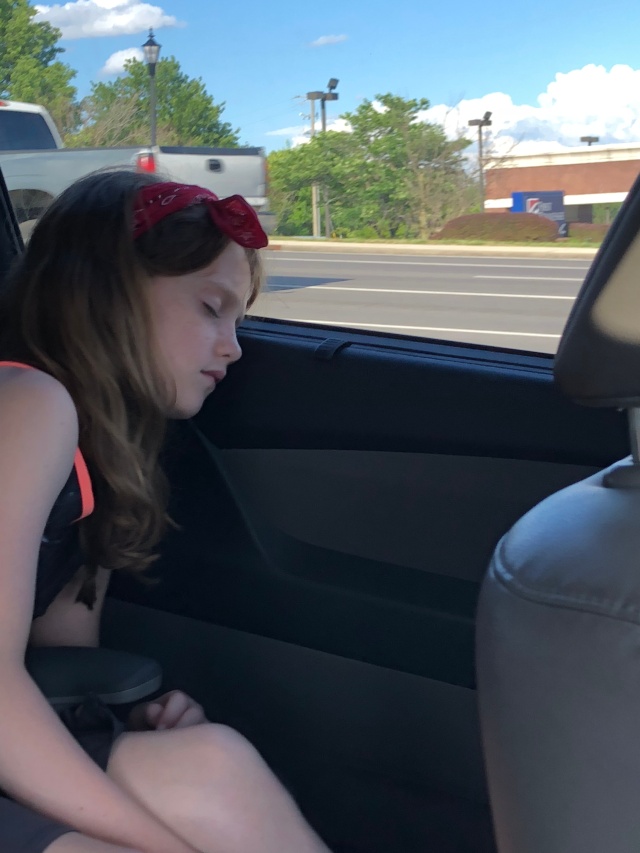 But we had a great dinner and it was fun to hear all about her experiences at camp. 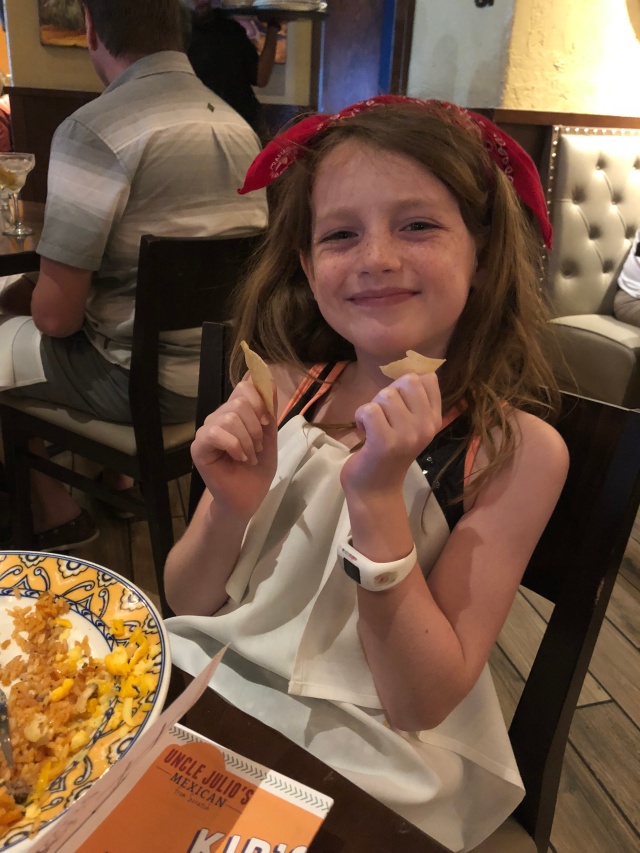 Afterwards we even treated them to some Jeni’s and we sat out on the plaza and let the girls run and play.

Abbi was mostly happy her sister was home, but kept that joy a little deep down in her heart.