Another letter showed up after she was home…. 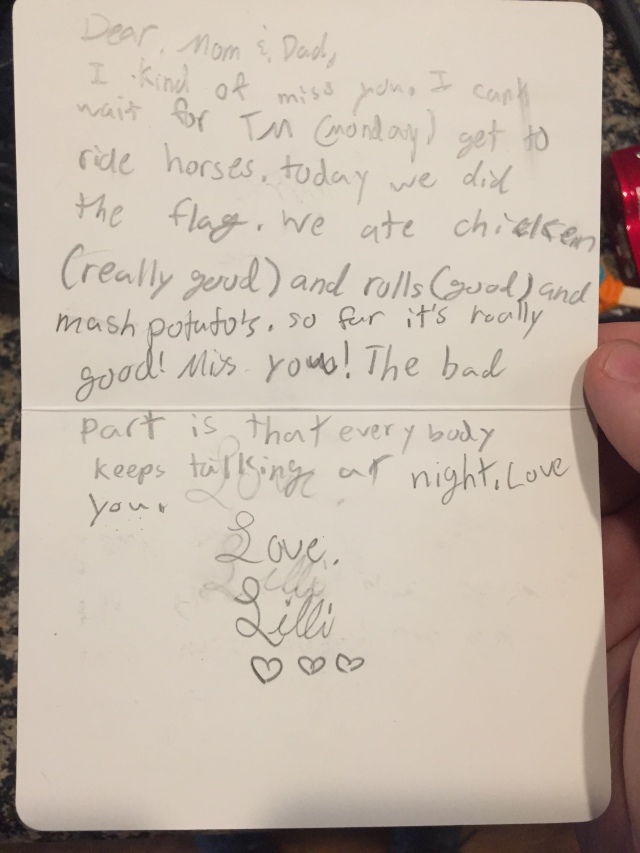 Her counselor only had great things to say about her – she was a really sweet college aged British girl.  (Asparagus is just her “camp” name.) 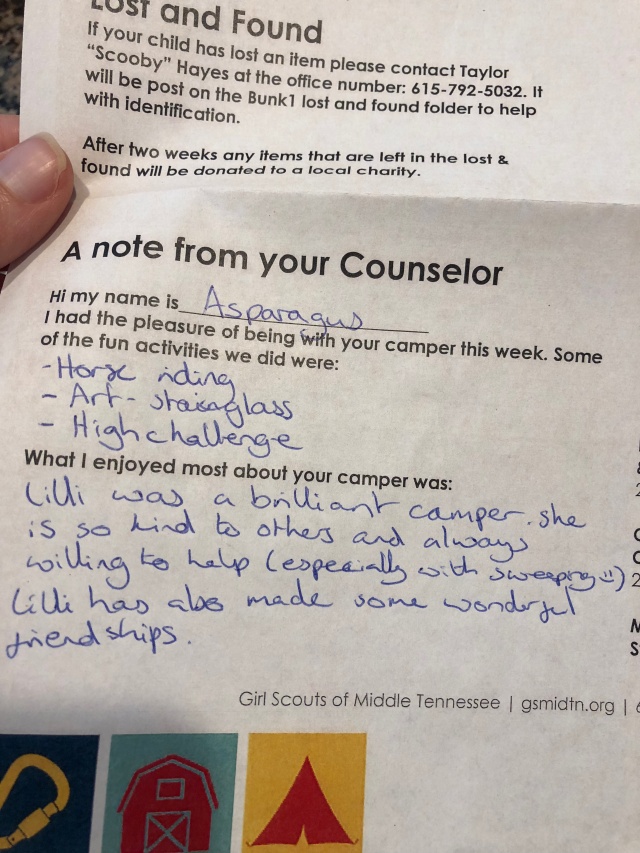 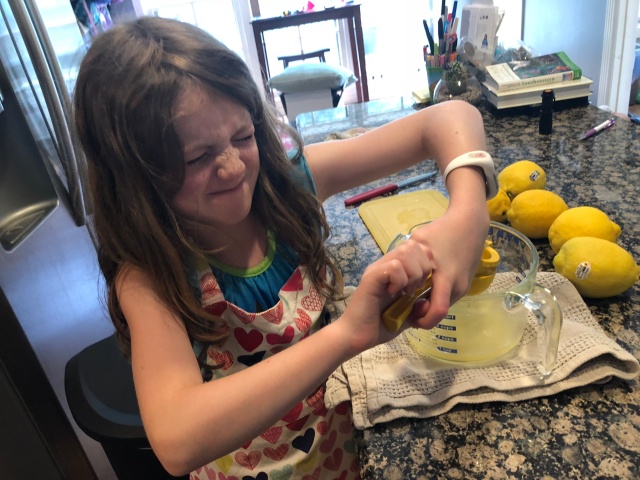 We had an old pool we had bought on clearance a few years ago and we decided to go ahead and get it out for the kids.  It pretty much took all afternoon for it to fill up.

Meanwhile Brent was starting to tear down the old fence to get ready for putting up a new one.  Our back fence was in terrible shape and was falling down in several spots.  It was long overdue for an update.  He got some of the orange fencing to put up to keep Olli in.  I’ll let you know how that went….. 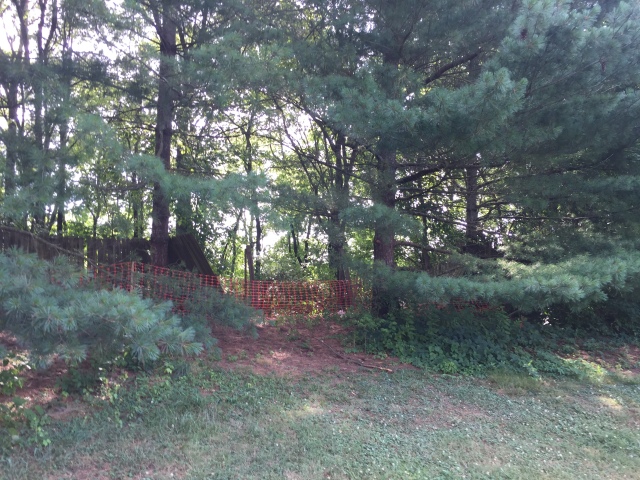 After some hard work they all got in the little pool for a while. 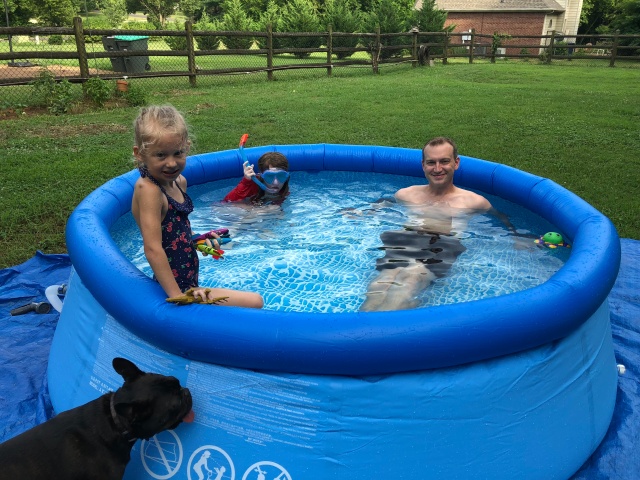 That week the girls went to camp at Nashville Children’s Theater.  Abbi’s class was a fun class with games and just learning basic imagination type things.  Lilli wanted to do musical theater so hers was all singing and dancing.  Once again Abbi had a really hard time at drop off.  The teachers were great and very welcoming, but there was still a LOT of tears.  I emailed the Director later and he was so nice and sent me a couple of pictures of her having fun. 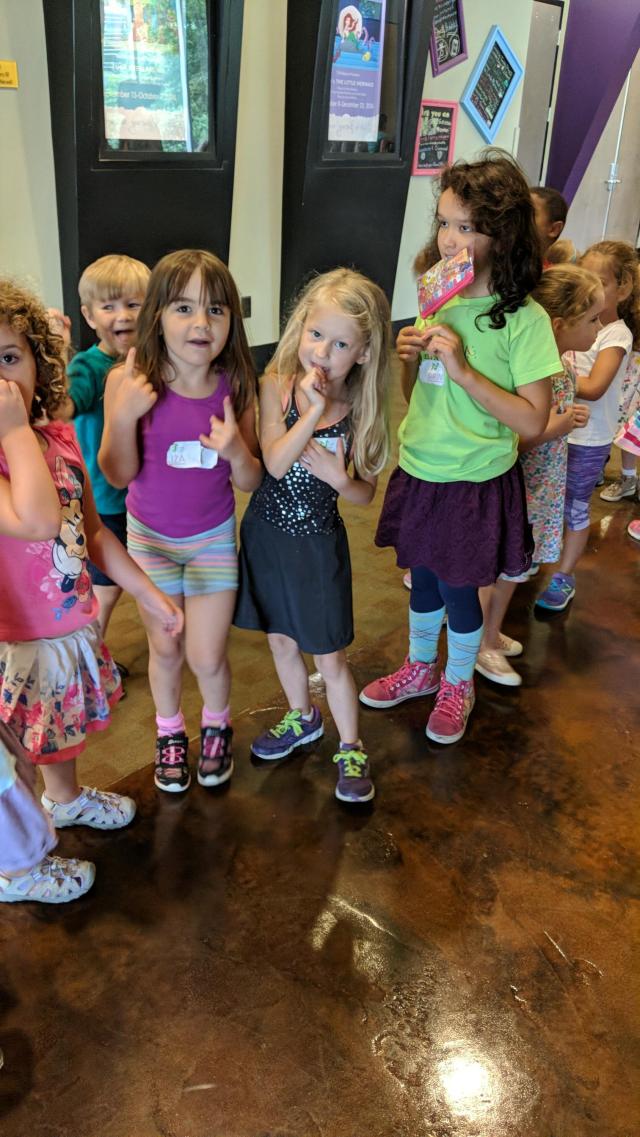 She had a rough time at drop off every day, but I know she had a good time from the way she’d talk about it later that night.  And it helped that she got to eat lunch with Lilli.  Lilli ended up having a friend from Adventure Science also be in her group! It’s a small world in the camp circuit.

I assure you this only happens when Brent picks them up. 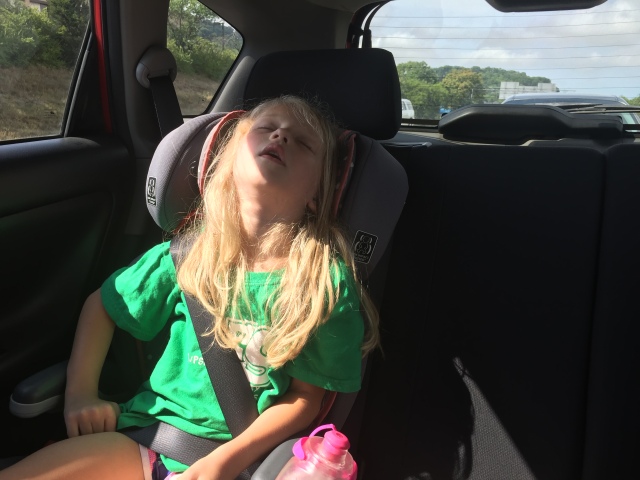 Lilli was still so mad that they didn’t get to dissect at Science camp that when we saw a dead katydid on the deck we decided to dissect it.  They were really grossed out by everything in his intestines! 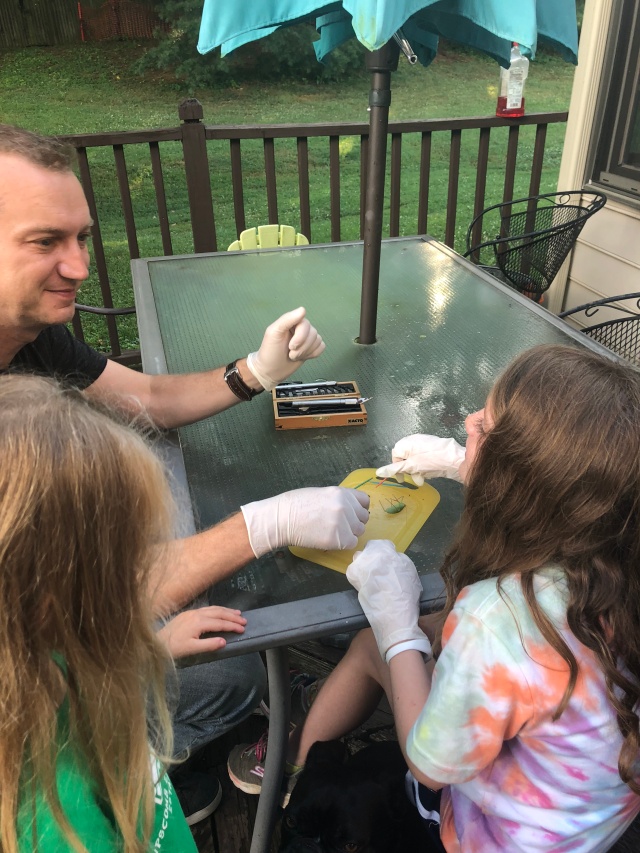 A little more time in the pool!

The toughest thing about the logistics of the girls being at Children’s Theater was getting through all these tourists to get them every afternoon! It was our first year to do this camp and it really was so well done, and something different than some of our usual camps. 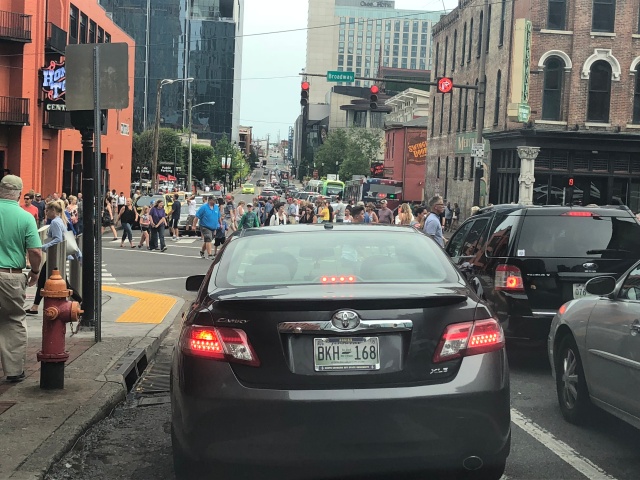