They always have a parent show on the final afternoon of Camp Widji but we’ve never gone because it’s typically camp songs/chants and not really something where the kids get to show you what they did.  But, with them both doing things at the Ranch side of the camp this year the girls were getting to show off things they’d learned – which for Abbi meant showing up her new pony riding skills.  The camp isn’t horribly far from Brent’s work so he went to see them.

Their showcases were at the same time so the nice counselors let Abbi skip so Brent could see both of them before the showcases were over.  I mean – how adorable!

This picture made me want to get her a pony immediately.  I think we have enough yard for a cute little pony.  I’m so glad she had a great time.  This summer she’s doing the same Pony Camp again and several of her preschool and school friends are also going the same week so she’ll have a lot of friends to ride the bus with and be in the same group as.

Over at Farm Camp Lilli got to show them everything she’d learned about working on the farm and the various animals she got to take care of – pigs, chicken, goats and more.

And she got to walk him around the garden and show him the things they’d planted and worked on. 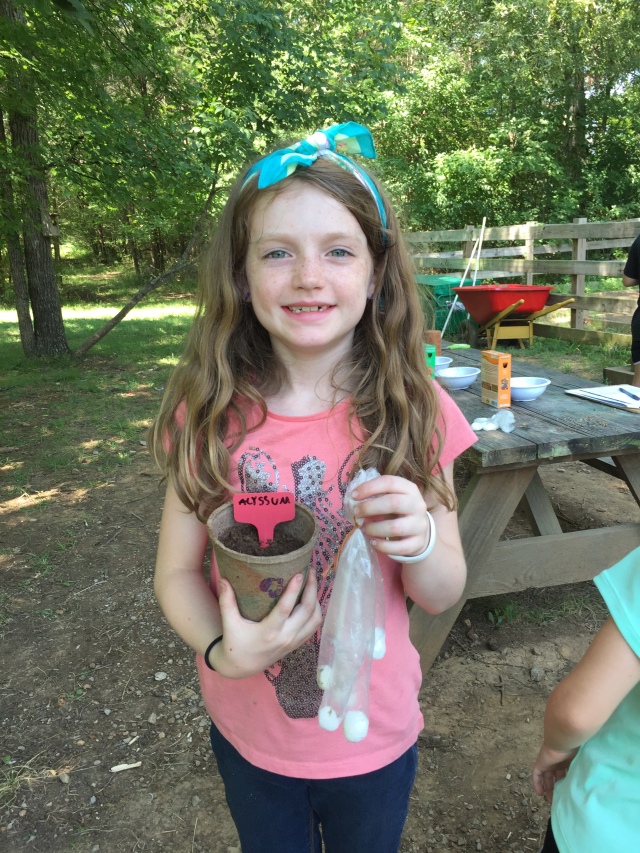 And Lilli got THE big award – the Purple Pony goes to one boy and one girl in the entire Ranch camp and is voted on by the counselors for the person who is the kindest to all the animals and all the other campers.  It’s a huge award and Abbi was really jealous – not so much of the award and what it signified – but because it also came with a lollipop.

Their end of week counselor notes:

And Abbi’s from Pony Camp:

We went to Kroger that night to see if we could get Abbi a lollipop.  This one had the cute little buggies so of course they each had to push one. 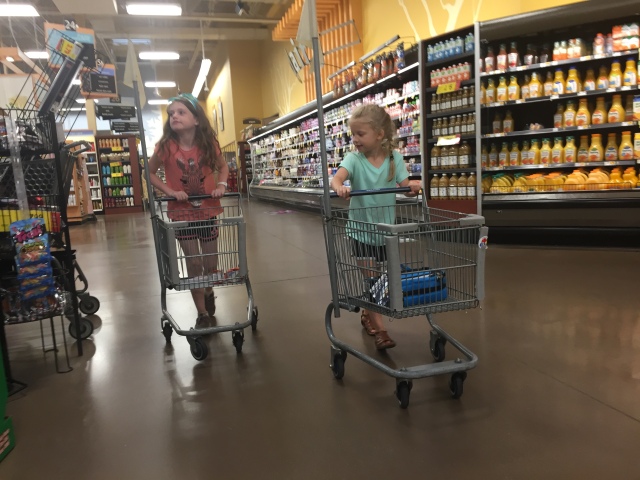 We also ran in to At Home and Abbi found some chainsaws decor she could really get into.