I FINALLY made an appointment and got my hair done.  It had been waaaay too long and my roots/highlights were terrible.  Lilli wanted to come along with me, but I told her it’s the most boring thing ever and she would hate it.  Otherwise known as, at least give me the 20 minutes where I have to sit under the blower and can read a magazine while people bring me cucumber water, ok???

We spent most of Saturday getting all the Christmas down, labeled, organized and back in the upstairs attic.  No fun.

The Barbie house is the biggest hit around here for both girls.  It gets played with every single day.

On Saturday, Abbi had a little bit of a cough/runny nose, but mostly when she was trying to sleep.  We definitely don’t take them to church if we think it’s more than just a minor cold, and she really just seemed a little congested.  As soon as we got into church she started coughing and coughing.  It was terrible.  And then she threw up some junk on me, which seemed to help clear her lungs for a few minutes so I thought she might be okay, but we’d decided we wouldn’t stay for Sunday school.  Well, about five minutes later she threw up ALL over me so I did the best I could to wipe it up with a burp cloth and we took a walk of shame out of there.  I think we might have been there a total of 15 minutes.  And naturally once we were back in the car she fell asleep and didn’t cough once.

The morning definitely called for some sweats and a cappuccino while Lilli watched a Disney movie we had DVRed.  Abbi played around and seemed totally fine, other than the cold she had.

We were forecasted to get a dusting of snow along with crazy Arctic temperatures, literally the coldest of Lilli’s life.  Not too far ahead of bedtime it started snowing, so she bundled up and we played outside for a few minutes, just in the off chance it melted by morning.  We kept Abbi inside because we didn’t think she needed to be out there in 2 degree temps with her cold.  Lilli had a blast and basically scraped up and threw around every small piece of snow we had.

It was ridiculously cold. 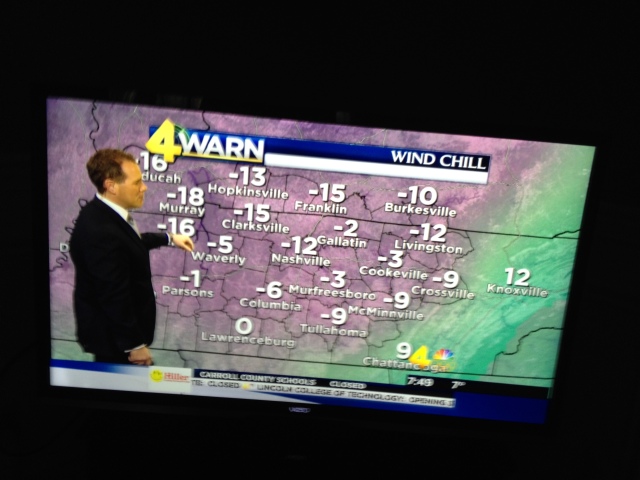 It hardly snowed overnight, so in the morning it really looked the same as the evening before and our roads and driveway were 100% clear.  For some bizarre reason, the daycare director called this a Snow Day.  I know for school systems that’s normal, but she never does this and we really couldn’t figure out why! There were no wrecks around town, and the streets were totally safe.  Regardless, I stayed home with the girls while Brent went to work, since there was no reason for us to both lose a vacation day. 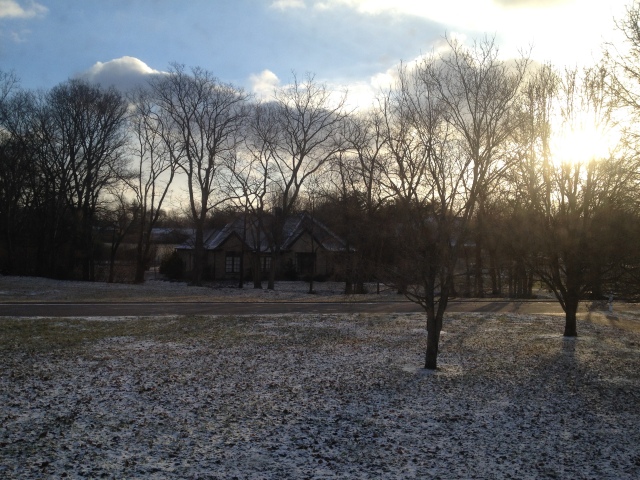 When Abbi went down for a nap, Lilli and I went outside to play for a few minutes.  Since she had pretty much cleared the snow the night before there wasn’t much for us to play with, but she loved it.  The cats were out there in it, too, but Pippin watched from inside.  We had gotten the cats trained on their cat door before the big front came, and while we debated bringing them inside, the garage seems to never get below about 45 degrees, so they’ve been fine this winter.  They actually love to prance around and play in the snow and cold, so I think they appreciate we haven’t locked them in the house. 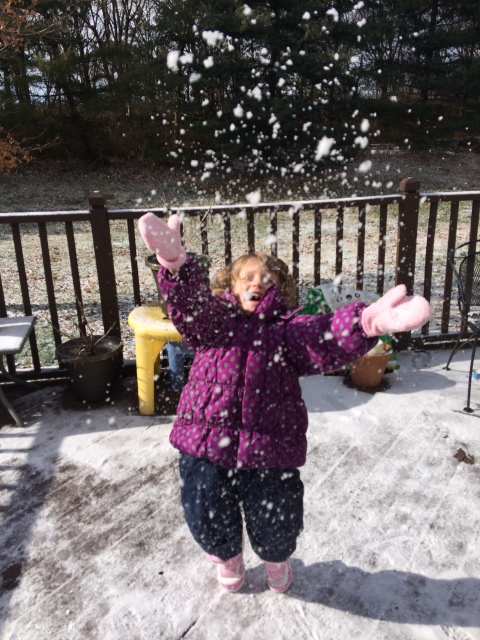 After Abbi woke up she was just fussy.  Her cold had worsened a bit, and she just didn’t seem like herself at all. 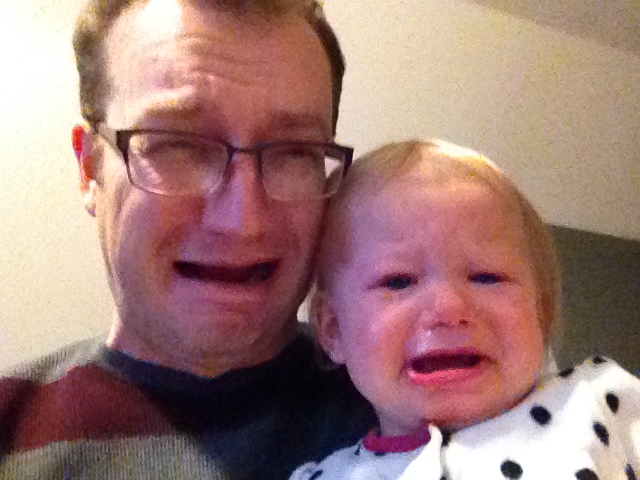 She fell asleep during dinner.  That absolutely never happens….so we took her temp and she was at 101 degrees.  Ugh!!! 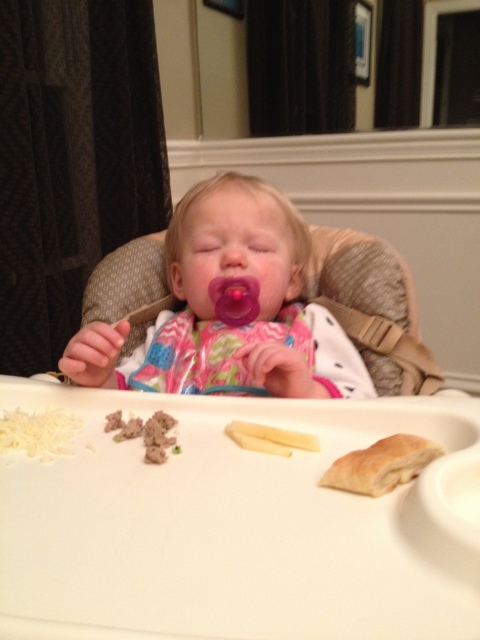 The rest of the evening she was just pitiful, but so sweet and cuddly – something she never is now that she’s so mobile and curious about the whole world.  The poor thing just cuddled and slept on us….so, what had started out as just a cold was starting to turn into something else all together!